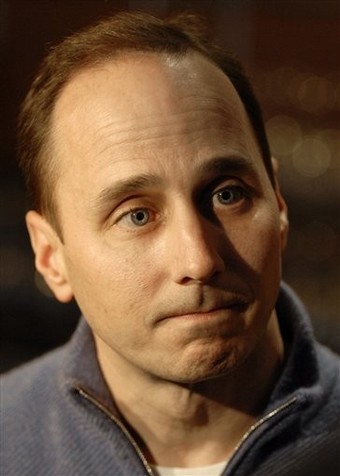 I just read the latest Hot Stove article on MLB.com and immediately bolted up from my chair and did this.

According to the article, the Yankees spoke to the Jays about the possibility of trading for Roy Halladay, the pitcher I’ve coveted since I first started this blog! Be still my heart!

Who needs Lackey, Ben Sheets or any of the other names being bandied about? Halladay is the best pitcher not currently on the Yankees. (OK, there are a few others, but I’m conveniently overlooking them right now.) Sure, Doc actually lost a few games this season. But he was coming back from a stint on the DL, plus there was the uncertainty of being shipped out at any moment. I say he’s still in his prime and I want him on the Yanks for the following reasons and in no particular order:
* He’d look better in pinstripes than in that girly powder blue.

* He’s best friends with A.J. Burnett. They’d have so much fun hugging and shoving pies in each other’s faces. 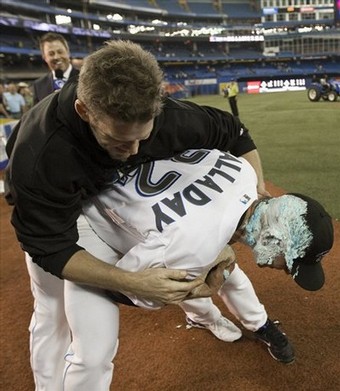 * He would probably come packaged with Vernon Wells, which is OK because Vernon would play the outfield if Damon left and his offensive skills would miraculously return.

* How cool would it be to have a pitcher nicknamed after a gunslinger?

* He’s a horse like CC and could give us complete games. OK, he’s a smaller horse than CC but still. 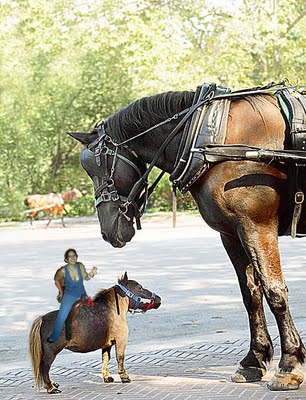 * He throws a cutter, and we all know how successful cutter-throwers can be. 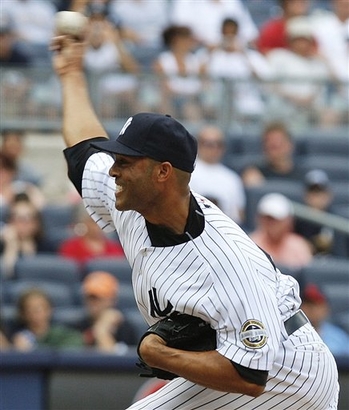 * If we had Halladay in the rotation, it would give Joba and Hughes some room to grow (assuming one of them isn’t part of the trade).

* Adding Halladay to the Yankees would drive the haters crazy and motivate them to come up with even more clever slogans than this gem. 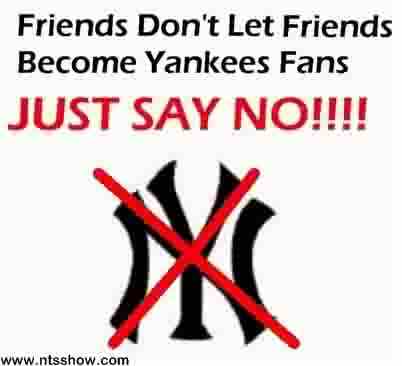 I realize that any discussion Cashman may have had with the Blue Jays is only preliminary. But maybe he’ll make it happen. He’s been known to act disinterested in a player and then all of a sudden….. 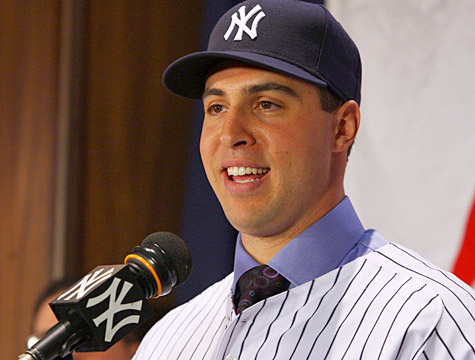 P.S. Remember how we were talking about Cooperstown the other day, and some of us said how much we wanted to go? Well, one of our commenters, wirishrose, sent along some pics from her last visit. First, we have the statues of Gehrig, Robinson and Clemente. 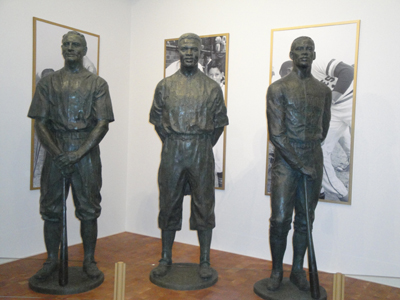 Then there’s this one of Joe DiMaggio’s locker.

And finally a sign that’s very appropriate for a blog called “Confessions of a She-Fan.” 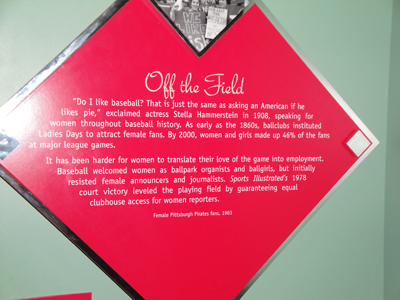 What would the sport of baseball do without women fans? I shudder to think!