That’s what A.J. told the media after giving up seven runs, six earned, over four-plus innings against the Pirates. The Yankees went on to win 9-8, but Burnett said his mechanics were off.
My mechanics were off too, since it’s Sunday, but I didn’t fall apart.

(Sorry. I couldn’t resist.)
Here’s my point. I understand that pitchers sometimes feel out of whack, but isn’t there anything that can be done to get them back in whack? During the game? Isn’t that what pitching coaches are for? To trot out to the mound and say, “Your shoulder is flying open” or “You need to slow it down” or “I heard there’s a great buffet at the Hyatt tonight?” Why can’t pitchers get back in whack while they’re pitching?
Here’s some video of A.J. warming up before a spring training game last year. I couldn’t throw a ball 90 mph to save my life, so I’m no expert. But does it look that hard to stay in whack?
All I know is that I was feeling out of whack earlier today. But then I read that the Yankees have decided to crown Brett Gardner as the starting center fielder. The news reminded me of another Yankees outfielder who once wore a crown, and suddenly I was right back in whack. 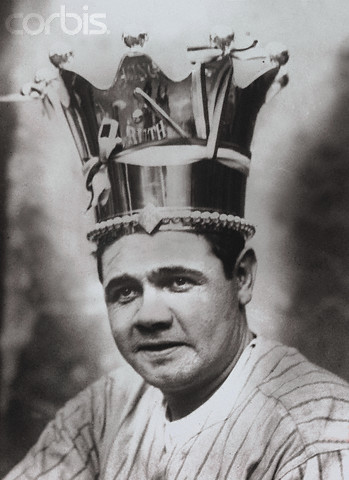 Joe Girardi explained: “Melky played very well, but we’re just going to go with Gardy.”
Gardy. Isn’t that the nickname for this guy? 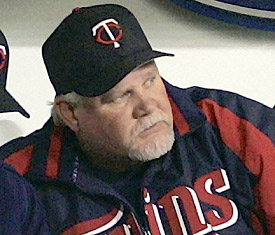 Is baseball ready for two Gardys? I am. Nothing against Melky, but I love watching Gardy run the bases. If he can hit with any consistency, the Yankees will have a huge weapon.
As for Melky, I guess he’ll be dealt or kept on as an extra outfielder/bench player/defensive replacement in late innings. I already said my mental goodbye to him when I thought he was being shipped to Milwaukee for Mike Cameron, so I’m good with whatever happens, unlike this woman.

On a happier note, Xavier Nady is French. Why does that make me happy? Because it means he’ll understand it when I say, “Je t’aime.”
Here’s an excerpt from the NJ.com interview in which he explains his heritage. (Hat tip to Sliding Home.)

You’re Xavier Nady VI, your son is Xavier Nady VII. Is there a story behind your name and how it has been passed down through the years?

“I’m French, so St. Francis Xavier. That’s how the name started. In the mid-1800s, the first Xavier came over from France and settled in over here in, I think, the Midwest. Since then, I think we’ve been very fortunate to keep the name alive, to keep it going. Hopefully No. 7 will have an opportunity one day to pass it on.”