It’s late so I’ll just post some quick thoughts….
* Apparently, after all the years Billy Crystal hung around the Yankees, he was only a Torre fan.
* I really don’t like Padilla. His 53 mph pitch was effective, but I’m not wild about his tendency to plunk my players, then glare at us when we plunk him back.
* CC dominated for eight innings – beastly.
* A-Rod wouldn’t talk about Torre’s book before the game. Instead, he smacked a clutch homer, putting the Yanks on top. The team’s offense was quiet again, but he seems to have revived.
* Manny is still a tough out, but that error in left wasn’t pretty.
* Mo is Mo. Three up. Three K’s. Godly.
* Dodger fans disappointed me. All those “Yankees suck” chants? And booing Mo? Really?
* I’m looking forward to tomorrow when I’ll be at the game and can cheer the Yanks on in person. A.J. might need me, given the way he’s been throwing. If anybody else is going that I don’t know about, I’ll be in 121 Loge, row H! I hope I see a good one! 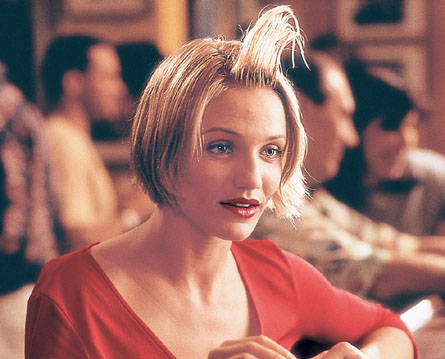 AJ Burnett got a six-game suspension for not hitting Nelson Cruz in Wednesday night’s Yankees-Rangers game, and Vincente Padilla got a fine for hitting Mark Teixeira twice? Does that sound reasonable to anyone? Oh, the mysteries of baseball.
Here’s another one that made my brain explode. 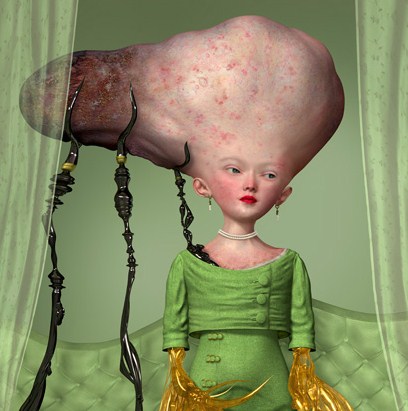 It’s 2009. We can launch rockets into space, but we can’t figure out how to keep the YES Network on the air during Yankees games? I was watching Thursday’s series finale on YES. It was the top of the ninth with Mo on the mound to preserve the Yankees’ 8-6 lead. Young had doubled past Melky, who took an extremely odd route to the ball, and Blalock singled. So the Rangers had two men on with one out and the dangerous Nelson Cruz stepping up to the plate. I gripped the arms of my chair, fearing the worst, and then – 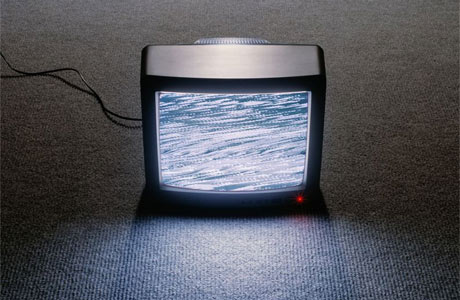 Right. My TV went blank at the crucial moment. I started screaming: “How could you do this to me?” Then I remembered that my Extra Innings package was also offering the Rangers feed. I changed channels just in time to see Cruz strike out – and to hear my favorite broadcaster, Josh Lewin, say about Murphy, the next batter: “Let’s see if he can hit one into the seats.” Murphy popped up to end the game.

Then there was this head scratcher. 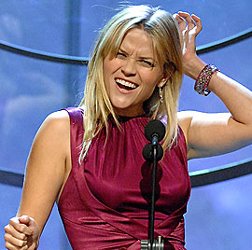 Wang retired the first six batters and looked like his old sinker-ball-throwing self. Then, in the third inning, Davis – yes, the guy who strikes out in his sleep – smacked a ground-rule double. Next came a wild pitch, a walk, a few singles, a few more doubles, and Cruz’s homer. Suddenly, it was 5-1 Texas and the Wanger headed for the dugout. 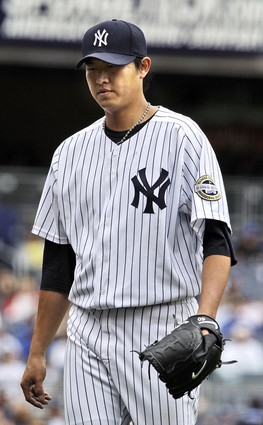 After the game, Girardi announced that he would make his next start….on Tuesday at Fenway. Um, what? I’m all for letting CMW work out the kinks, but not when we’re trying to hang onto first place in the division. What will it do for his confidence if the Red Sox make this out of him? 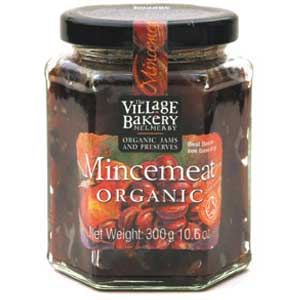 Yet another puzzler occurred in the fifth: Aceves walked his leadoff batter. Why, Alfredo? Why? Do they not teach the Do-Not-Walk-The-Leadoff-Batter Rule at Yankees School? 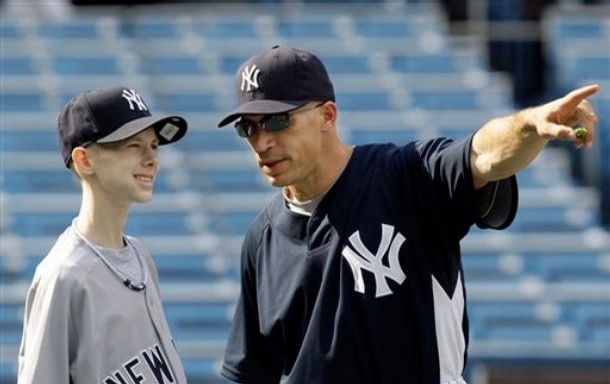 But enough with the questions and complaints. It’s time to celebrate the Yankees’ latest stirring, come-from-behind victory. What a great fifth inning.
Cervelli: singled.
Pena: singled.
Damon: walked.
Swisher: walked (terrific at bat).
Tex: doubled home three runs.
A-Rod: went the other way for a change and singled in the go-ahead run.
Swisher was a happy boy crossing home plate in that inning and deservedly so. 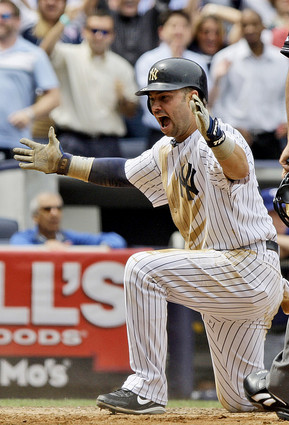 Things got tense in the sixth after Kinsler’s foul-pole homer off Aceves. But Melky was a late-inning magician once again. 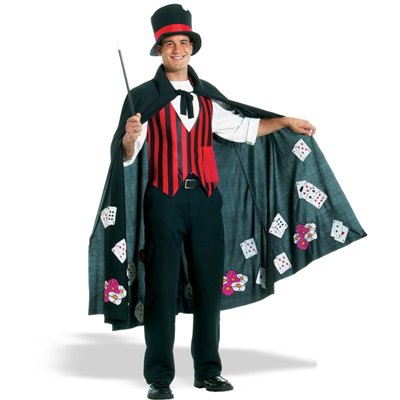 I used to think the word “clutch” meant a type of woman’s handbag. 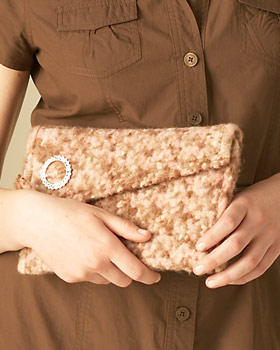 Well, it still does. But it also means this. 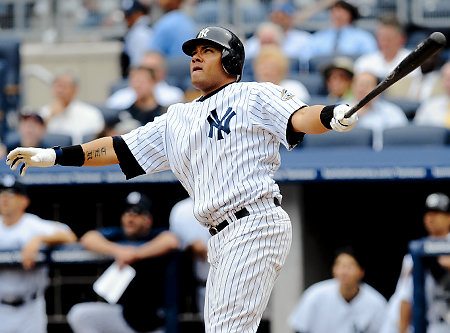 And I was OK with trading the Melkman? My bad. 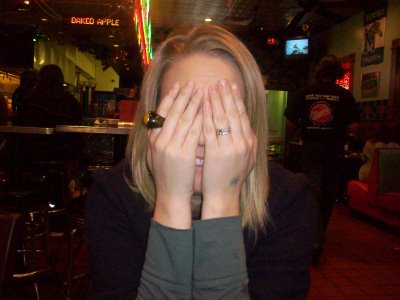