I’ve made no secret about how much I wanted to win the division and secure home field advantage. And I thought it was doable. Seriously doable. But, as I said, the situation could be worse for the Yankees; at least we’re going to Minny as opposed to heading for the golf course or hunting lodge like some teams.

And today wasn’t a total loss. It’s always fun to score off Papelbon. The bigger issue confronting us fans right now is the state of the Bombers. Moseley did a pretty good job, I thought. Just a couple of mistakes that my dearly departed grandmother could have hit out of the park. Robertson looked exhausted, Joba did his usual high-wire act, Logan was ineffective and I don’t think Ring has a prayer of making the postseason roster. And then there was the persistent problem of stranding runners. It was painful to watch Jorge hit that dribbler with bases loaded, for example. On the positive side, Gardner has been gaining confidence at the plate, in the field, on the bases. He’s ready to do battle. Lefties. Righties. Doesn’t matter. And Tex is hot at the right time. Plus no worries whatsoever about Cano, who is, quite simply, a beast.

So today isn’t about doom and gloom. It’s about celebrating the achievement of getting back to the postseason. And how better to celebrate than to visit with our old pal Surf Dog Bill, the grand prize winner of last year’s She-Fan Video Awards.

For newcomers to the blog (or those with short term memory loss), Bill Connell is a local icon here in the Santa Barbara area. A huge Yankee fan, he and his hot dog stand are must-stops both for the hot dogs and the conversation.

Here’s a recent article from the Santa Barbara Independent that’ll give you an idea of just how passionate Surf Dog is.

When the L.A. Dodgers Play the S.F. Giants, Wackiness Ensues

Whenever the Hot Dog Man, aka Bill Connell, visits Dodger Stadium, things seem to get stirred up. He was there late last month when the Dodgers took a 6-2 lead over the New York Yankees into the ninth inning. “All theL.A. fans went home,” said Connell, an ardent Yankee fan since his boyhood in New Jersey. “The Yankees scored four runs against [Jonathan] Broxton to tie it. In the 10th inning, Robinson Cano hit a home run to win it. The only people in the stadium were wearing Yankee caps.”

Not only were Connell’s hot dogs a hit with the crowd–to the bewilderment of the gourmet chefs at the party–but Jacobs, impressed by the vendor’s evident passion for baseball, gave him temporary custody of a genuine 2009 World Series championship ring, encrusted with 119 diamonds.

Connell recently wore quite another Yankee adornment. He was among the caterers at a party hosted by Jeff Jacobs, a Montecito denizen with lofty connections in entertainment and sports. Guests included Chris Bosh, the newly minted center of the Miami Heat, and Academy Award winner Jeff Bridges. Not only were Connell’s hot dogs a hit with the crowd–to the bewilderment of the gourmet chefs at the party–but Jacobs, impressed by the vendor’s evident passion for baseball, gave him temporary custody of a genuine 2009 World Series championship ring, encrusted with 119 diamonds. “There I was, handing out hot dogs, with this New York Yankee ring glittering on my finger,” Connell said. “Can you believe it?”

Only a couple days later, Connell hit the trifecta–another memorable trip to Dodger Stadium. This time, he took 50 people with him on a chartered bus from his Surf Dog stand in Carpinteria. We expected to see a low-scoring duel between two of the game’s best young pitchers, Tim Lincecum of the Giants and Clayton Kershaw of the Dodgers. Instead, we were treated to an evening of wacky incidents that stoked up the L.A.-San Francisco rivalry.

Much to our surprise, the Dodgers got to Lincecum for five runs in the first three innings. Kershaw was in command until the fifth inning, when the Giants got a break, thanks to Xavier being Manny–rookie Xavier Paul, subbing for the injured Manny Ramirez (more slug than slugger these days) in left field, had a flyball drop out of his glove. Three runs later, the Giants trailed just 5-4.

In the bottom of the fifth, after brushing back Matt Kemp with a pitch, Lincecum nailed him with another. A smattering of boos was directed at the Giants hurler. When relief pitcher Denny Bautista threw a fastball under the chin of L.A.’s Russell Martin in the sixth inning, the natives grew even more restless. They rose to their feet–almost a third of them to boo, the rest to get more beer. The home plate umpire took offense to an animated scolding by Bob Schaefer, the Dodgers’ bench coach, and ejected him.

Kershaw’s first pitch leading off the seventh inning squarely hit the Giants’ Aaron Rowand. Next to “It’s not about the money,” the most laughable sentence in a ballplayer’s repertoire is when a pitcher says about a retaliatory delivery, “It just got away from me.” That was Kershaw’s unconvincing explanation for his last pitch of the game. After he was ejected, along with manager Joe Torre, reliever Hong-Chih Kuo retired the next six San Francisco batters, preserving the Dodgers’ one-run lead.

I could not understand why people were leaving the stadium in droves. I guess they got what they came for–a James Loney bobblehead–but they missed a deliciously bizarre scene in the ninth inning.

Broxton, L.A.’s massive closer, made his usual dramatic entrance to the thundering sound of Black Sabbath’s “Iron Man” and promptly loaded the bases. Then Don Mattingly, filling in as L.A.’s manager for the departed Torre, made an ill-fated visit to the mound, which technically became two visits when he stepped off and back on the dirt, which prompted Giants manager Bruce Bochy to remind the umpires that was a no-no. They ruled that Broxton, who had begun pitching to Andres Torres, must immediately be replaced (their interpretation was later called into question). Out of the bullpen came George Sherrill, whose first pitch was hammered by Torres to the wall in left field for a two-run double. The Giants went on to win, 7-5.

Connell and his busload, predominantly Dodger fans, stayed to the end. “We got our money’s worth,” the Hot Dog Man declared cheerfully.

OK, the Joba part about getting a start? I don’t think so. Otherwise, he’s been pretty accurate in his predictions. At least he was last year. I’ll be visiting him throughout the postseason (let’s hope it lasts awhile) and will pass along his pearls of wisdom. I wish I could pass along his hot dogs too. They’re really good.

As those who’ve been reading this blog for awhile may remember, Santa Barbara was hit by a major wildfire in November and friends of mine lost their homes. Today, at about 2 p.m., another fire flared up. By the time the Yankees-Sox game started at 4, Pacific Time, it had burned 160 acres and planes were battling the flames and high winds.

No structures were in harm’s way at that point, but the smell of smoke and ash was awful and it was hard to breathe. I turned on the game, figuring I’d forget about what was going on outside my window. I saw Joba’s early ineptitude, followed by a few innings of his remarkable turnaround.
And then the power went out.

It stayed out for awhile – long enough for me to miss the Yankees’ own power outage. When it came back on, I had many, many questions about the 7-3 loss.
* Could the Yanks not figure out a way to score a few more runs against a less-than-stellar Beckett?
* Did Melky have to go for that triple instead of being satisfied with a double?
* Was Pena’s error the latest evidence that the Yankees can’t win a game in which they don’t field the ball cleanly?
* Did Melancon forget where home plate is?
* Shouldn’t 12 strikeouts from a starter be enough to get a “W?”
Way to rally, boys.
Speaking of rallying, the firefighters are amazing here; they don’t have an easy task, given that the fire season doesn’t usually start this early and there have been so many fires in Santa Barbara County over the past couple of years. But the conditions are incredibly dry and the winds are howling. As of 9 p.m., the fire had burned 420 acres, and 1200 homes were evacuated.

Do I wish the Yankees had won? Obviously. But right now I’m more concerned with how this night will go. Paradise can be a scary place.
(Fire Photos: Santa Barbara Independent)

If not, I’m having a party and I want you to come. It’s a “Take Me Out to the Book Launch” event to celebrate the publication of this

and to ring in the ’09 baseball season.

(See? I’m in such a festive mood I let the Red Sox win that one.)
The bad news? The party is in Santa Barbara. The good news? There’s gonna be free beer!

And not just any beer. Our host is the Hollister Brewing Company.

They’re not only providing their great micro-brewed beers, but they’re creating a special beer named after the book. (I think they’re calling it the She-Fan Stout. 🙂
And what goes with baseball and beer? You guessed it. 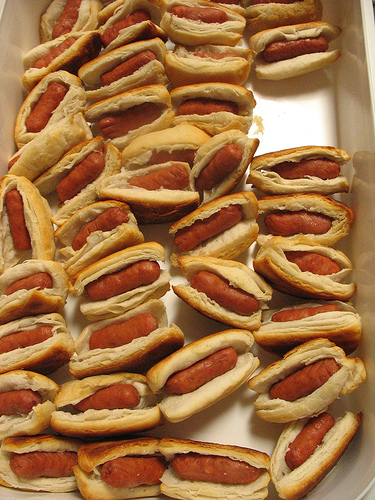 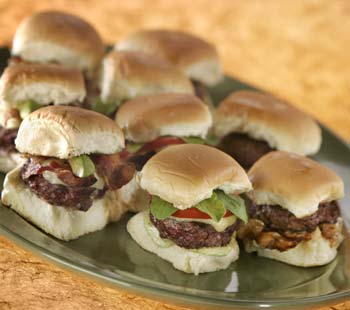 Isn’t all that worth a plane trip? A train ticket? A little drive?
Co-sponsored by our great local newspaper

the party will feature possible guest appearances by the coach of the Independent League champions, the Santa Barbara Foresters, as well as some of the players.

Check out how many Foresters went on to play in the majors. It’s quite a list.
We’ll have entertainment on the big screen TVs

and autographed books for sale.

And don’t worry about making conversation or mixing in with my friends.
There will be plenty of interesting people to hang out with. 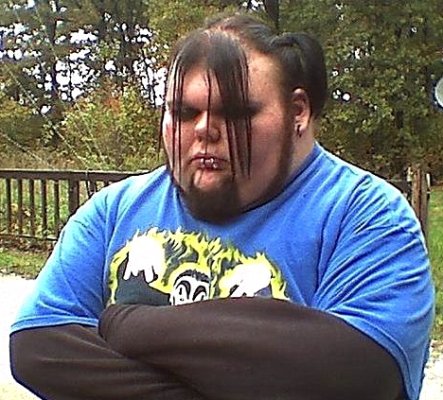 O.K., then just come for the beer.