No, Cliff Lee is not a god. He’s not even the best pitcher in the major leagues. But he owns the Yankees, and his performance tonight only highlighted the point. He made the hitters look like Little Leaguers (no offense to the kids below, who could probably have done a better job).

Was Lee really that good or did his whole aura mess with the Yankees’ heads? Probably both. He threw strikes and they couldn’t hit them. At all. It was a shame because Andy pitched great, minus the mistake to Hamilton. He was everything we could have hoped for and more, and he deserved better. What was Dave Robertson doing in the ninth giving up all those runs? Why wasn’t Mo in there with the score at 2-0 to hold the Rangers down and allow the Yanks to score in the bottom of the inning? I have no idea. I’m hoping the beat writers will ask Girardi and I’ll read about it in the morning. In the meantime, I’m retiring the “lucky” turkey burgers and planning a menu change for tomorrow night: last year’s good luck charm during the World Series.

I guess I should have figured things wouldn’t go well. We’ve been having uncharacteristically rotten weather here in SoCal with rain and fog day after day, but tonight was the capper: a rare thunderstorm with vicious lightning. We just don’t get that stuff here, so naturally the power went out in the house about six times during the game, leaving us in the dark. 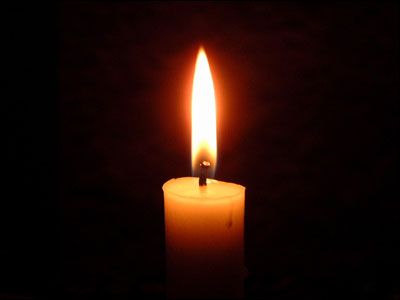 The Yankees must have felt like they had a power outage too. They certainly looked like it. If I were Girardi, I’d have a team meeting before Game 4 and say the following in a really loud, authoritative voice:
“You’re the Yankees, the reigning World Champions of baseball. You’re playing in Yankee Stadium in front of 50,000 fans who paid big bucks to come and cheer for you. You need to remember who you are, how you played all year long, how much you want to move forward into the next round, and, above all, how the layoff between this series and the ALDS is not an excuse for mediocrity. Oh, and She-Fan will be clogging her arteries with cheesy, greasy, fatty plaque by having pizza on your behalf. The least you can do is win the game for her.”

Andy didn’t have his best stuff. He kept getting behind hitters. He gave up three runs early. He told the media he felt “gassed.” But he turned in a gutty performance over six innings, and the Yanks beat the Phillies 8-5. It was his major league-leading 17th postseason win, which is nothing to sneeze at. He even drove in a run in the fifth. Gassed or not, he was a double threat tonight. 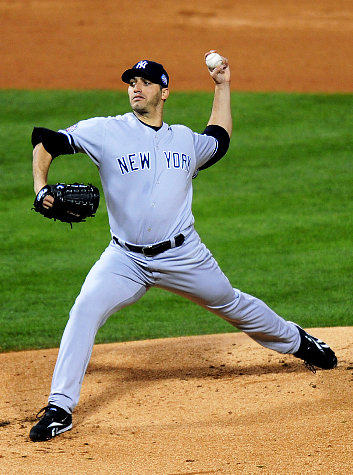 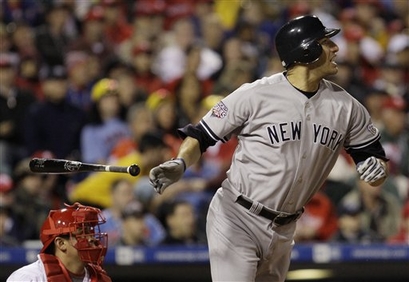 What an odd game and so appropriate for Halloween. Hamels was unhittable in the first three innings – literally – and made me wonder if he’d come to the ballpark dressed in a Cliff Lee costume. But he walked Tex in the fourth and A-Rod hit a double homer, and he fell apart for good in the fifth, departing after Damon’s two-RBI double put the Yanks up 5-3. Maybe he should have worn a scarier red costume. 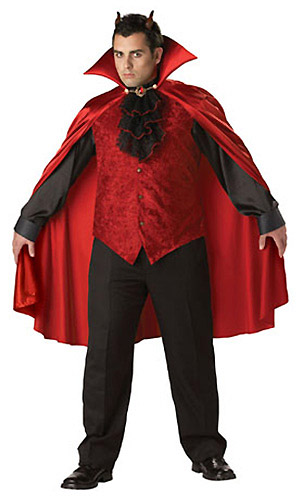 Swisher’s benching seemed to have snapped him out of his slump. That homer was sweet, as was his little somersault after scoring on Andy’s hit. 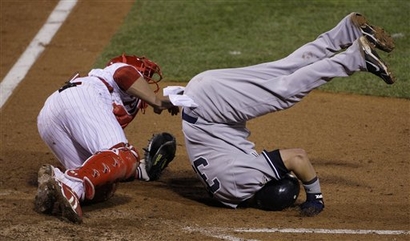 When his playing days are over, I can easily see him moving into this arena.

It was great to watch Matsui enter the game as a pinch hitter in the eighth and take Myers deep, giving the Yankees an 8-4 cushion. Joba and Marte were excellent in relief, but then there was Huuuuuughes. When he served up that fat pitch to Ruiz in the ninth and was pulled after yet another disappointing outing, I felt sorry for him. He’s got to be pretty depressed right now. 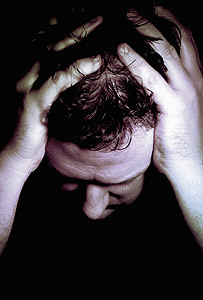 Mo got a couple of quick outs (I guess Rollins hasn’t “figured him out” just yet), and that was the ball game. Part of me worries about Mo. How many innings can he throw in this series without becoming fatigued? On the other hand, he can rest all winter. It’s now or never. He says he’s OK and he looks fine, so I believe him.

The Yanks go up 2-1 in the series, and while Andy was the Player of the Game, I must also give credit to the lucky pizza. It worked its magic once again.

I’ll be having another pie tomorrow night, hoping for the best. But Yankees? If you care about me at all and don’t want my arteries to fill with clogging, cheesy plaque, I suggest you win this thing in 5. Thanks.