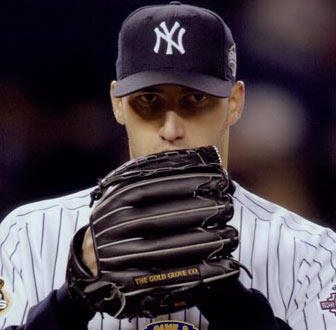 He’s doing the dance again….He told Brian Cashman he wants to spend more time with his kids but he loves being a Yankee. He can’t make a decision yet. He won’t. We’re left to watch and wait and wonder. I’m not a patient person, so I think he needs some help with his plans. Here are the reasons I think he should put the pinstripes back on and give it one more go. Listen up, Andy:
#10) Hanging out with ballplayers is way more fun than making the bed, loading the dishwasher and taking out the garbage.
#9) Mrs. Pettitte won’t let you spit sunflower seeds in the house.
#8) Throwing over to first and picking off runners is still a kick – admit it.
#7) You’ll gain a lot of weight if you retire.
#6) You’ll be an “Old Timer” instead of an “active player” if you retire.
#5) All you’ll have to look forward to is testifying at Clemens’ trial if you retire.
#4) You won’t be invited to Jeter’s wedding if you retire – or his new house in Tampa.
#3) You won’t get that nice big check if you retire.
#2) You won’t be interviewed by Kim Jones, Suzyn Waldman, Jack Curry or anyone else if you retire.
#1) You’ll miss Cliff Lee’s debut as a Yankee if you retire.
What have I forgotten? We have to send Andy a list. And soon.
OK, so I’m doing some positive thinking here. I’m looking at a photo of Vazquez and repeating over and over, “You will pitch really really well against the A’s.” Here, you try it. 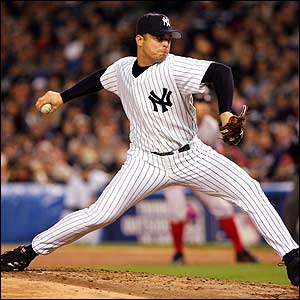 “You will pitch really really well against the A’s.” Good. Maybe our group chant will help. It’s way to early in the season to panic about him, regardless of what happened in ’04 or in his first two starts this year. He knows how to pitch. He throws strikes. He’s not a kid anymore. He sounds like he wants to show everybody he can be a winner in pinstripes.
Is it me, or does Kim Jones sound like she’s paying condolences at a funeral whenever she does a post game interview after a loss? 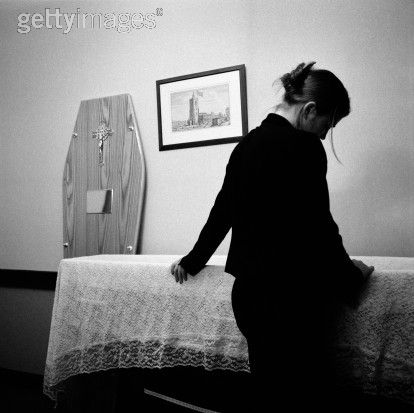 Anyhow, Vazquez will be facing off against a young A’s pitcher named Gio Gonzalez – the lefty who came over to the A’s in the trade with the White Sox for Nick Swisher. Small world, right? 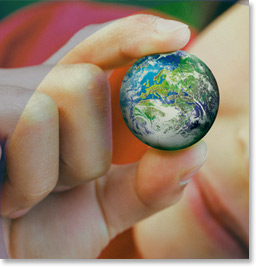 Gio (love the name – sounds like a type of electric car) was the White Sox’s #1 prospect and is said to have a “devastating curveball.” But take a look at his arm during his delivery. 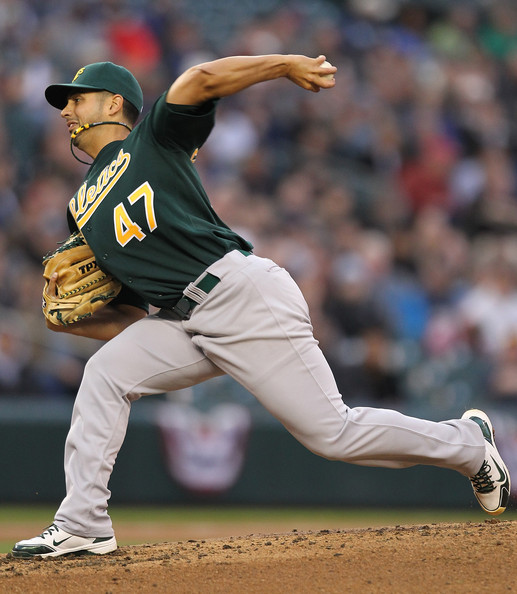 It’s going backwards. Or something. If I were a Yankees batter, I’d work the count and figure that the ball won’t be going anywhere near the plate. But since I’m only a fan, I’ll keep looking at Javy’s picture and chanting. “You will pitch really really well against the A’s.”

That nightmare series in Anaheim before the break seems like ages ago. Now, all the Yankees do is win, and every game feels like a party. 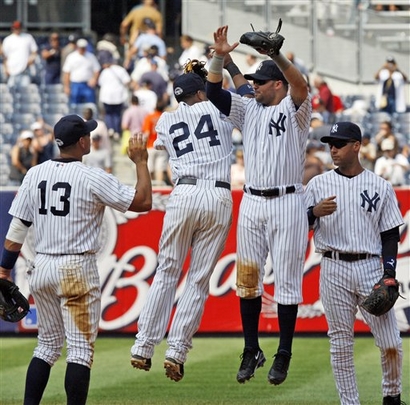 With their second 6-4 victory in a row (after having won three 2-1 games in a row), the Yanks swept the hapless O’s behind an excellent performance by AJ. I really look forward to the days he pitches and I get a kick out of his pie-in-the-face pranks. I guess what I’m trying to say is that I’m starting to fall for the guy. 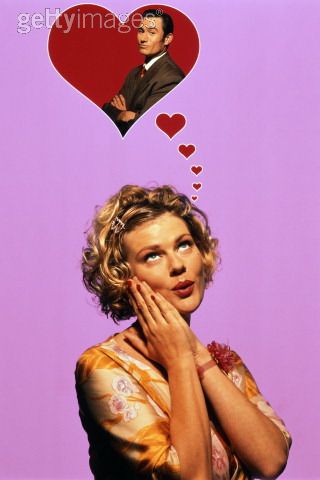 Well, just a little. I mean, he wears a snarl most of the time, but then look at how he gives props to Swisher for making that great catch on Wigginton in the third. So sweet and generous and tattoo-y. 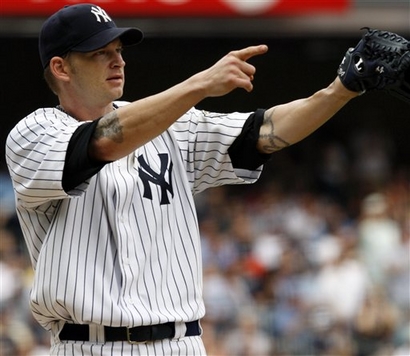 He could have stood there sulking, because Swisher inexplicably dropped Roberts’ so-what fly ball for an error to lead off the inning.
Speaking of Swisher, he’s an adventure in right field. One minute, he reminds me of this guy. 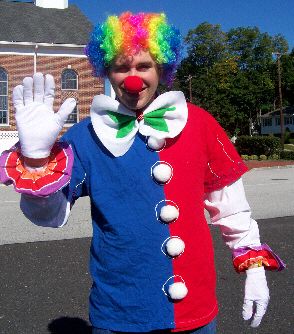 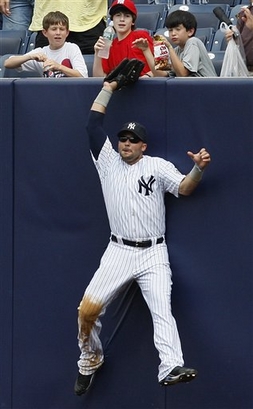 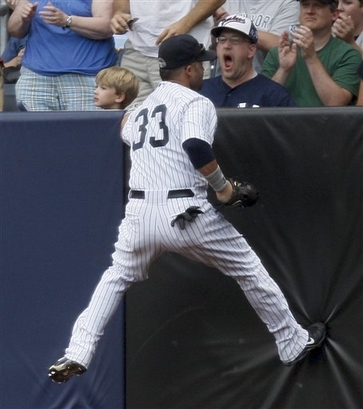 He even smacked a two-RBI single to put the Yankees up 4-0. I’ll give him this: He’s a whole lot better than the guy Cashman dealt to get him. 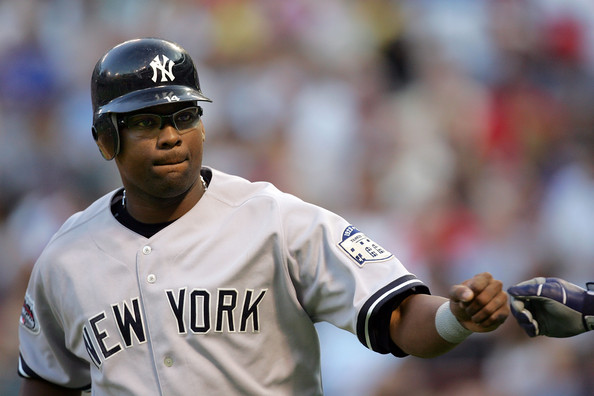 He told Kim Jones after the game that if he were an ice cream, he’d be rocky road. 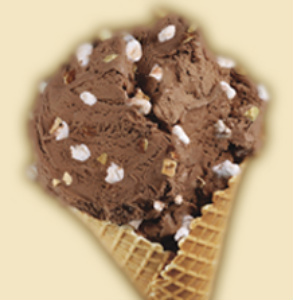 Does that mean he knows he’s kind of nutty?
His answer does raise an interesting question: What kind of ice cream would you be? I spent the afternoon pondering this weighty issue (too much time on my hands) and decided I would be vanilla fudge ripple. I have no idea why.

Berken, the Orioles pitcher, was woeful in the early going, and allowed the Yankees hitters to jump all over him. I thought I’d be seeing an actual blowout. But the offense stranded runners, and it was maddening. For example:
Tex with two on in the 7th: GIDP.
Jeter with bases loaded in the 8th: K.
Still, no complaints. Phil Hughes, who is impossibly great as a reliever, threw yet another scoreless eighth. 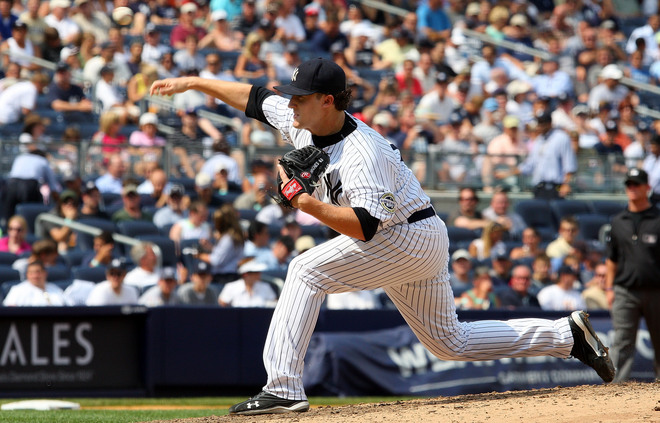 I was glad to see Bruney in the ninth, considering that he hadn’t pitched since early July, but what is up with him? He strikes out Andino and Roberts, then gives up back-to-back homers to Jones and Markakis? 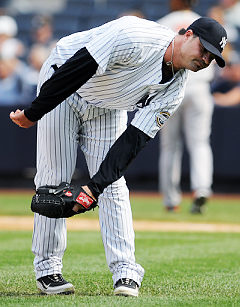 Clearly, he has more work to do. Or is he still hurt and not telling anyone?
The worst part is that Girardi was forced to bring in Mo for the fifth time in six games. He got the save (#510), but he needs some rest now.
Mo? If you’re reading this, there’s an extra bed at my house. I’ll make you dinner, massage your feet, let you have a nice, relaxing evening while the Yankees deal with the A’s. There’s just one thing: You’ll have to watch the games with me. It’ll be fun to laugh together at the various batting stances of your teammates, won’t it?

Well, I’ve tried everything else, Carsten.

I’ve asked this man to talk to you. 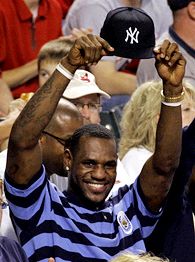 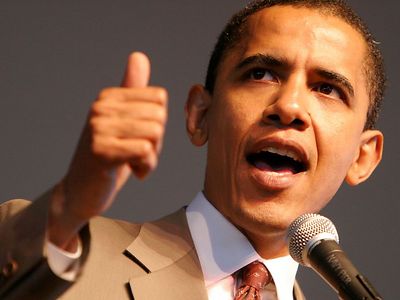 And I’ve made it perfectly clear that money will never be an issue between us. 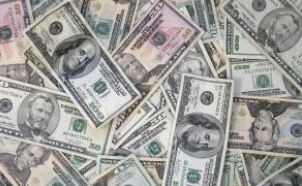 Yet you still won’t make the commitment. I didn’t peg you for one of those men who’s all nice and sweet to your face and then fools around behind your back. I mean, really, CC. The Giants? The Dodgers? The Angels? You thought they’d care more about you than the Yankees? I understand your attachment to the Brewers. I do. It’s hard to let go of the past. But now it’s time to look ahead to the future. Our future. Together. 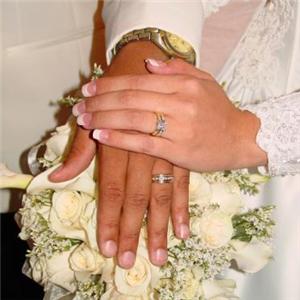 So I’ve made an appointment with the shrink who came highly recommended by Yankees doctor Stuart Hirshon. 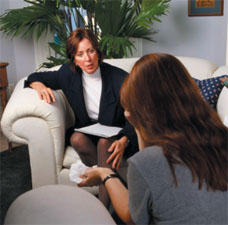 We’ll sort through the reasons you keep pulling back and find a way to move forward. Here we go.
You’re concerned about this? 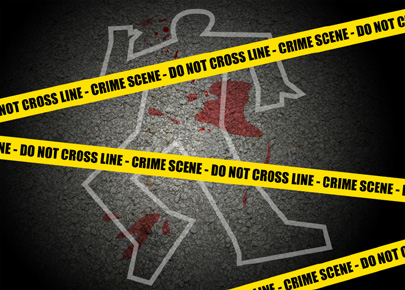 Oh, CC. That’s just silly. The crime rate in New York is down, or at least it was the last time I checked. Besides, the Yanks have an army of security people. No worries.
You think there’s too much of this? 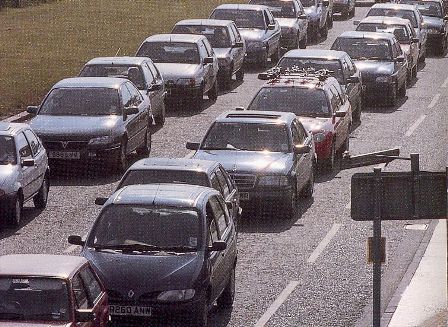 I admit it can get nasty on the Deegan, and the tunnels are a nightmare. But the Yanks will arrange for a helicopter if that’s a roadblock, no pun intended.
The Steinbrenner boys? You’re anxious about working for them? 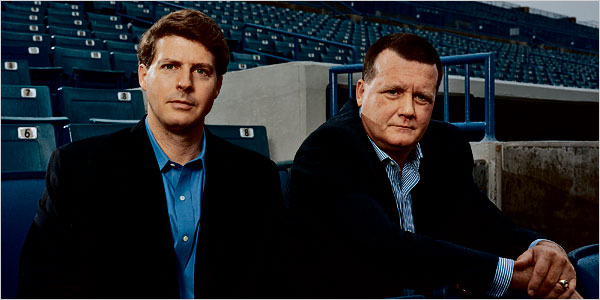 I’ll handle Hal. He’s very reasonable. And Hank stays down in Tampa and will be totally out of your hair.
Your hair? Oh, I see. Yes, unlike California, New York does get hot and humid in the summer. It’s definitely not good hair weather and without the proper conditioning it can be impossible to control. 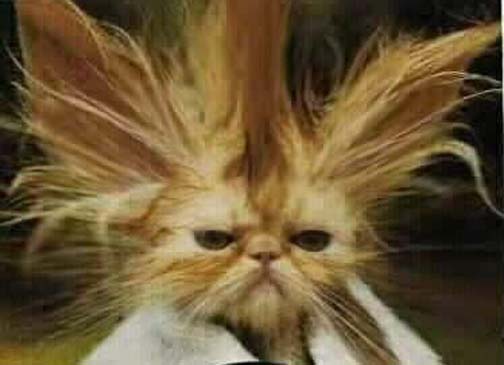 But, again, the Yankees have people. Hair people. They can keep you looking great all season long.
Yes, CC. The Stadium will be loud, especially on the days the Red Sox come to town. But you’ll have these wonderfully supportive friends behind you. 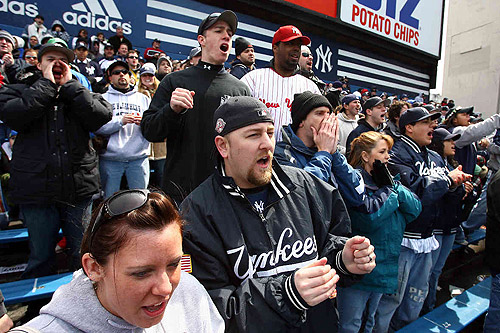 They’re called the Bleacher Creatures and they’ll hold forth with a charming chant for you.
No need to fret over her influence, honey. She likes them young, yes, but in tip-top shape, no offense. 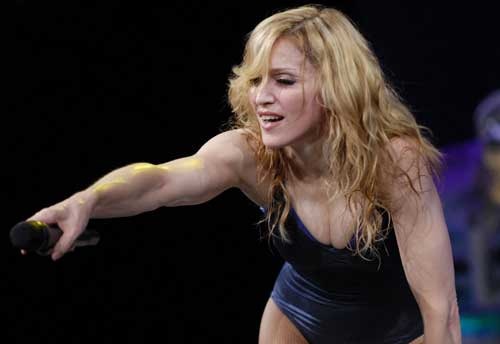 Well, of course the media is tough in New York. But I really think the whole “glare of the spotlight” thing is overblown.
You’ll have zero problem dealing with this man. 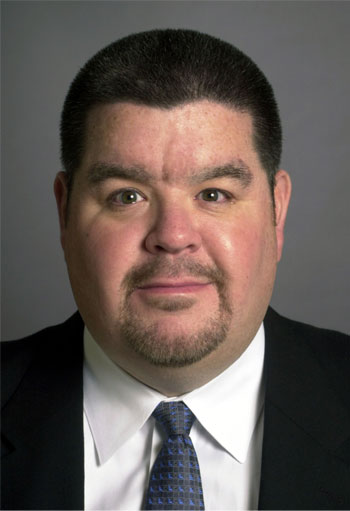 His name is Peter Abraham. He blogs day and night, but he’s fair, CC.  They’re all fair. You play ball with them and they’ll play ball with you. (O.K. There are one or two I’d stay away from, but we’ll deal with them when the time comes.)
What about the broadcast people? You’ll have this man calling your games on the YES Network. 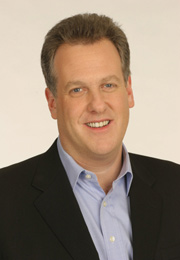 Michael Kay is a bit of a drama king, but I think you’ll hit it off just fine.
Yes, he has a colleague, Kim Jones, who does the interviews with the players. 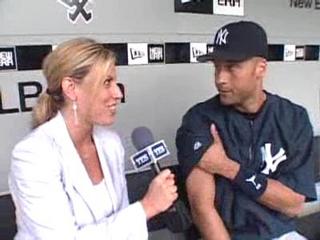 She may look like she’s giving Jeter a case of hives, but her questions are harmless. Trust me.
Her counterpart on the radio is this woman. 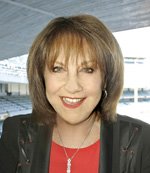 Suzyn with a “z,” just like Liza Minelli. And, like Liza, she sings. You and she will have a blast humming show tunes.
And speaking of a blast, John Sterling is the radio voice of the Yankees. You’ll have nothing but fun with him during the season.

He’s very descriptive and invents nicknames for the players. Every time you throw a strikeout pitch, he’ll say something like: “It’s a C-Bomb! From CC!” Or maybe: “Ortiz takes a BATH courtesy of SaBATHia.” You’ll be chuckling all the way home after the games.
So? Are we on the same page now? Everything out on the table? No more hesitation?
Good. Sign the contract already, hon.