Q: How often does CC get pounded with singles?
A: Hardly ever.
Q: How many times has Jeter hit an inside-the-parker?
A: Only once before.
Q: Did I expect to see Wilson Betemit be a candidate for “Player of the Game?”
A: Not in my lifetime.
Q: Did Posada make two bonehead throws tonight?
A: Uh-huh.
Q: Did Dave Robertson perform another Houdini act?
A: He did.
Q: Did Joba load the bases and give fans another heart attack?
A: He did.
Q: Did the Yankees score 10 runs for the second day in a row?
A: They did.
Q: Did A-Rod inch closer to #600?
A: He did.

Q: Did the umpires make some bizarre calls?
A: What else is new.
I could go on, but the main thing is the Yankees won the series opener against the Royals. And speaking of the umpiring, did anyone see clips from the O’s-Twins game? The hapless O’s got a raw deal on a call at first, and Ty Wigginton went so nuts his manager had to choke him. 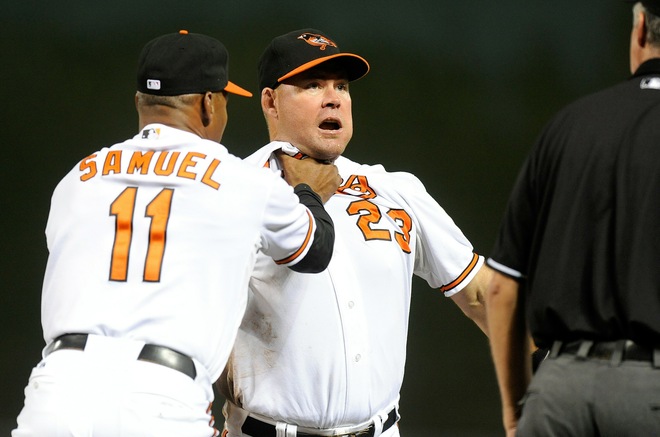