Today was movie day and I hoped I’d emerge from the theater, power my iPhone back up and find out there was Cliff Lee news. No such luck. But the movie I saw was worth talking about. It was “Biutiful,” the new film from the director of “Babel” and “21 Grams.” Starring Javier Bardem and set on the seamy side of Barcelona, it’s the story of a man who learns he’s dying and tries to put his life in order – especially when it comes to his two young children. No, it’s not an upbeat film by any means, but Bardem is sensational – the best performance he’s given yet, which is saying something if you saw him in “The Sea Inside” – and it touches on many complex issues, from immigration to parenting. Here’s the trailer.
After the movie, there was a Q&A with Bardem. Of course I raised my hand.
“Was it physically challenging to play a man who was dying?” I asked.
“I didn’t play a man who was dying,” he said. “I played a man who was in denial about dying.”
O-kay. Later, I spoke to him one-on-one at a private reception, and he was so charming, not to mention gorgeous. He talked about his wife, Penelope Cruz, and the baby they’re about to have. Very personable guy.
Speaking of romance, Nick Swisher is marrying his girlfriend, Joanna Garcia, at the Breakers in Palm Beach this weekend. (Maybe they’ve already done the deed as I’m writing this.) 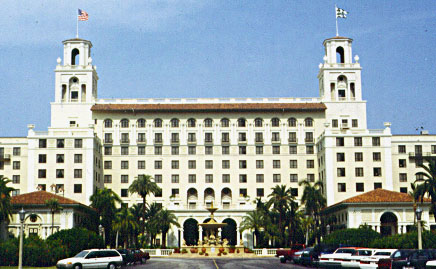 No word yet on the names of Yankees attending, but the point is that Cliff Lee could have been one of them if he had decided to become a Yankee already!
Doesn’t he realize what great teammates he’d have? He already knows and likes CC and AJ. And who wouldn’t want to be on the same team as Jeter and Mo? And Swisher? Now come on. Tonight’s Countdown video is of Swish at an award dinner in his honor and I posted it because of the last part, where he talks about Joanna. So sweet. Cliffy, you’d be missing out by not joining these guys. I hope you get that. 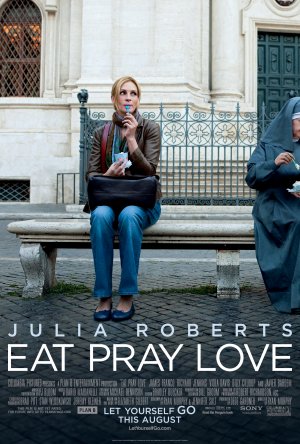 Dinner, a movie and baseball. Not a bad triple header for me tonight. Started off at a cute Italian place called Lucia in New Milford, CT, where the spaghetti bolognese looked very much like the meal Julia Roberts kept having in “Eat Pray Love.”

Next came the movie itself. I didn’t love it (the book was way better), but the shots of pasta, pizza and Javier Bardem were enough to keep me interested.

I made it out of the theater and back to the house just in time for the last three innings. Very happy we won, naturally, but so relieved that AJ pitched well. Eight strikeouts! Only two walks! Does this mean September is his month? Or was tonight an anomaly? I guess we’ll find out when he makes his next start. Meanwhile, the bullpen continued to roll and Mo was his athletic self, snaring that grounder and making a perfect throw to first. Jorge didn’t need to get tossed, but at least we had Moeller as backup.

Personally, I love when JoPo loses it. No, not in that situation – it was dumb – but I do get a kick out of his fiery personality.

No, I haven’t gone all TMZ on you. I’m aware that the winter meetings are kicking off in Vegas. But since I have absolutely no control over what happens there, I might as well take a break for some movies.
The Santa Barbara International Film Festival starts at the end of next month and it’s a big deal here in town – sort of a mini-Sundance. It lasts for two weeks and everybody sees tons of movies and hears actors talk about their work. Last year, for example, we had Angelina Jolie (accompanied by Brad) discussing “A Mighty Heart.” We also had Javier Bardem, who cracked jokes about making “No Country for Old Men” with the Coen brothers.

Grrrr. Such a sexy beast.
The year before, we had Helen Mirren, who ended up winning the best actress Oscar for “The Queen.”

Veddy veddy proper lady – until she admitted that she quite enjoys playing nude scenes.
And Will Smith and his wife Jada were on hand so he could tell us about “The Pursuit of Happyness.”

Don’t they look like a loving couple? Either that or they’re….acting.
This year, we’re getting Penelope Cruz and Clint Eastwood, among many others, and I’ll be sitting in the front row for every event.

O.K. I’m lying about the front row. I’ll be lucky if I can see anything from way up in the balcony, but it’ll be fun just the same.
In advance of the Festival, the studios send prints of their films that are in contention for awards and we get to screen them.
Recent screenings have included “Doubt,” “Milk,” “Frost/Nixon,” and “The Curious Case of Benjamin Button.” Before that, I saw “Body of Lies,” “The Secret Life of Bees,” “The Changeling,” “Vicky Christina Barcelona,” and the French film “I’ve Loved You So Long.” My favorites of those? “Frost/Nixon” and “Vicky Christina Barcelona.”
This weekend, I saw two more films. The first was “The Reader” starring Kate Winslet. 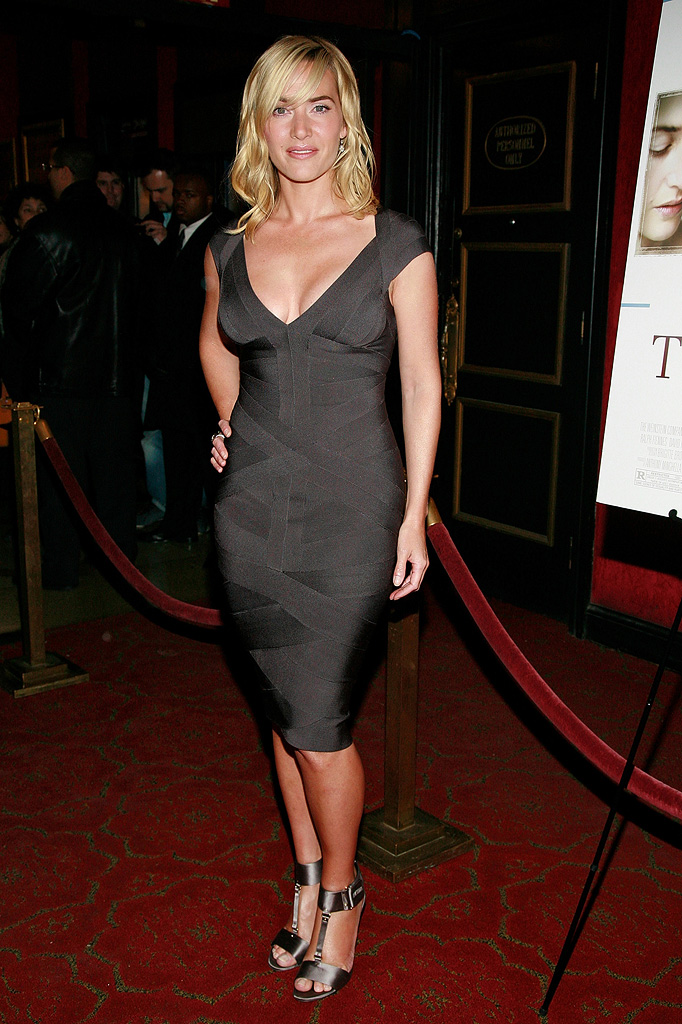 Interesting shoes if you like dog collars.
It opens January 9th and co-stars Ralph Fiennes. Set in post WW II Germany, it’s based on the bestselling novel and Oprah pick. Here’s the setup: Ten years after his affair with a mysterious older woman, a law student discovers she’s a defendant in a war crimes trial. It’s not a Holocaust story; it’s more about the generation of Germans dealing with its aftermath. Very compelling. I bet Kate gets an Oscar nom.
The other movie was “Frozen River” starring Melissa Leo. Remember her as Detective Kay Howard on “Homicide?”

It’s an indie flick that was shot in, like, 20 days for hardly any money, and it takes place in a border town on the Mohawk reservation, somewhere between New York State and Quebec. Melissa’s character is drawn into the smuggling of illegal aliens in order to feed her kids. It’s winning all kinds of pre-Oscar awards. It certainly opened my eyes to the problems of Native Americans.
Here are the trailers for both films in case anyone else needs a break from speculating about which free agent will land where. (Come on, Cee Cee. Sign already.)