It was bad enough to have to read that the Yankees are considering Freddy Garcia and Jeff Francis and even Bartolo Colon for the rotation. But now I’m supposed to add Kevin Millwood and Jeremy Bonderman to the list, according to LoHud? My reaction is the same as it’s been this entire off-season: to hold my ears and go, “Lalalalalalalalalala.”
I was a good fan when we got Javy Vazquez last year. I pretended like it was a smart move. I said all the right things and cheered him on and acted pained when it was implied that he didn’t have what it took to pitch in New York.
Before that, I put on a brave face when we picked up Sidney Ponson. “He’ll get his act together once he’s in pinstripes,” I said out loud.
I even rooted for Kei Igawa.
But enough is enough. I don’t want any of the starters mentioned in the first paragraph of this post – all of whom qualify as other teams’ stale leftovers. 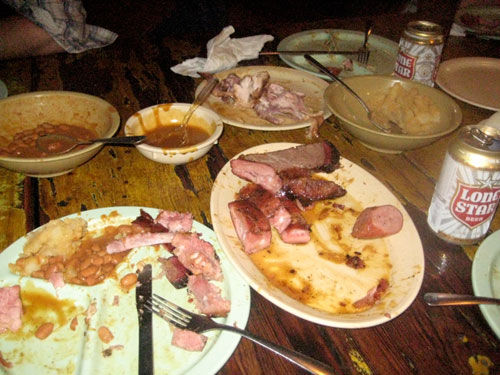 I don’t want reclamation projects, either. I want pitchers with talent. Yeah, talent. Any kind of talent. Maybe this guy’s available?

“So what should the Yankees do about this rotation problem if Andy Pettitte indeed retires? There’s a lack of depth since the top prospects like Dellin Betances and Manuel Banuelos almost assuredly need more minor-league time. Can the offense compensate? And why would Larry Rothschild be able to make A.J. Burnett consistent when Dave Eiland couldn’t? Questions, questions.

Even if Pettitte does come back, they still need depth in case of potential injuries. But CC Sabathia, Phil Hughes, Pettitte, Burnett and Ivan Nova could be wild-card worthy, not that there aren’t questions about most of the group.

If Pettitte doesn’t come back and Sergio Mitre is next in line, they have to make a move. The thing is, the alternatives, possibly Joe Blanton, Freddy Garcia or Jeff Francis, aren’t particularly appealing, either, at least to me. How about to you? The Phillies could move Blanton after investing so much in Cliff Lee. Both Garcia and Francis have had shoulder problems in the past. Anyway, it will be interesting to see how this plays out.”

I’ve decided there’s only one thing to do when contemplating the Yankees’ rotation issues and their possible solutions: bring back Laughing Lady.

Sergio Mitre will be starting a crucial game against a division rival?

AJ will continue to have third-inning meltdowns, despite our new pitching coach?

We sign Freddy Garcia and his arm falls off during his first appearance in the Bronx?

It’s all fine. Why? Because it’s the season to laugh and make merry and look forward to the new year. That’s what I’m planning to do. I’m off to LA tomorrow to spend a couple of days with friends. If Cashman decides to make a move while I’m busy enjoying myself, can somebody please find me and let me know? Thanks. 🙂
Today Martin was officially introduced to the New York media. Therefore, it’s only fitting that I give him a rousing She-Fan welcome.

As someone who lives in SoCal, I have to say I’m excited about his signing, having several Dodger fan friends who’ve raved to me about him. While it’s true that he had a miserable couple of years, he was an All-Star – a guy the fans loved for both his hitting and his catching abilities. So I have to think he’ll have a bounce back season with the Yanks. To celebrate his signing, here are the many faces of Russell Martin, New Yankee.
#1) The Feisty, I-Don’t-Mind-Starting-A-Fight Russell Martin
#2) The French-speaking, I-love-talking-to-fans Russell Martin
#3) The laughing, I-joke-around-in-the-dugout-unlike-Posada Russell Martin
#4) The power-hitting, walk-offs-are-my-specialty Russell Martin
I think I could really get to like this guy.
On the other hand, I do not want us to sign either Freddy Garcia or Brian Fuentes. So please, Cashman. Just stop it. Now. I’m serious.

Since there was no real Yankees news, except that Freddy Garcia went to the Mets (does this mean we’re giving the #5 slot to Hughes outright?), I went to the movies.
Tonight was opening night of the Santa Barbara Film Festival, and the Arlington Theater was packed for the kick off to the 10-day event. After a red carpet entrance by several stars, including local resident Jeff Bridges (my husband once saw him in the drug store buying….well, it wouldn’t be right to say),

the crowd settled in for the first film to be shown. It was “Nothing But The Truth,” a political thriller about a journalist who gets thrown in jail when she refuses to reveal the source of her headline-making story.
She’s played by Kate Beckinsale. 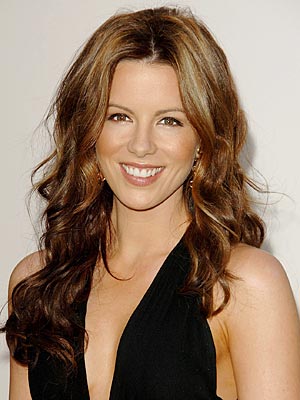 Her lawyer is the always-reliable Alan Alda. 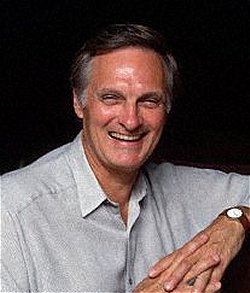 And the meanie federal prosecutor is Matt Dillon. 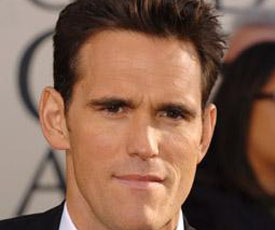 I wouldn’t say I was on the edge of my seat during this one – I glanced at my watch maybe two or three times; never a good sign – but if you’re in the market for a decent rental down the road, this movie would work.
Tomorrow I’m looking forward to “Sugar,” the baseball movie I’ve been telling you about. But in the meantime, here’s the trailer for “Nothing But The Truth.” 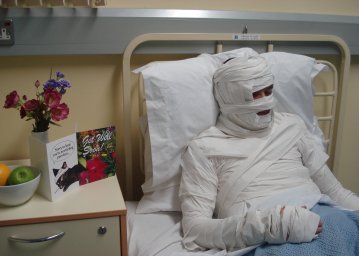 No, of course nobody’s answering the phone because there aren’t any healthy pitchers. Not that are available anyway. Which must be why the latest trend in baseball is signing hurlers with a history of injuries. The Yankees? A.J. Burnett. The Red Sox? Brad Penny and John Smoltz. (I know, I know. The Yankees spent millions and the Red Sox didn’t. I’m just saying.)
The Yanks still need a #5 guy in the rotation, since Pettitte seems destined for retirement and/or many days in court testifying about The Rocket.
So back to the rumor mill I go. Yes, there was my post about Pedro the other day. But now people are throwing out names like Freddy Garcia, 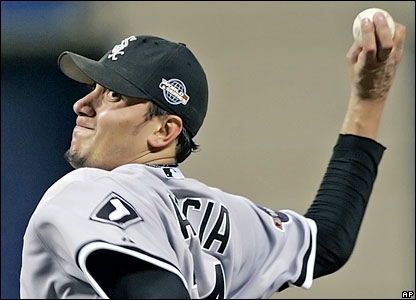 who’s had shoulder surgery – twice. A-Rod played with Garcia on the Mariners and is pushing for his former teammate. According to Joel Sherman of the NY Post, Alex likes Garcia’s “fortitude.” I’m all for fortitude, but what about the actual ability to last more than an inning and get major league hitters out?
Randy Wolf is on the list, 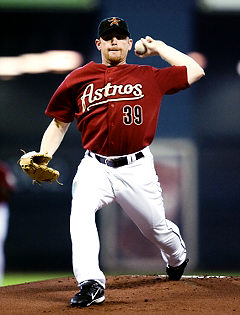 despite his two arm surgeries. He nearly pitched a no-hitter with the Padres, but how’s his shoulder right now?
Kelvim Escobar is yet another name being bandied about. 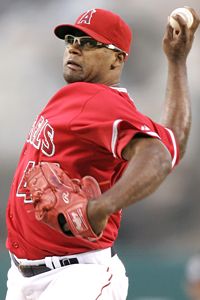 He suffered a tear in his shoulder in ’08 but is trying to make a comeback. Swell. I feel better already.
And, finally, there’s Ben Sheets. He’s still around. Still unsigned. Still waving his medical records at GMs. 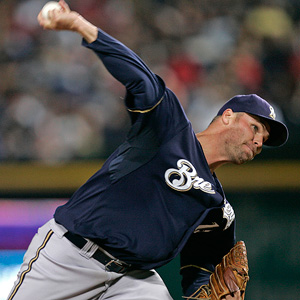 He’s had problems with his elbow, his back, his inner ear, you name it. Just look at that delivery. I’d give myself a hernia if I threw like that.
Reclamation projects are very satisfying when they work out. But surely there must be someone out there who does not have the body of a dilapidated house. 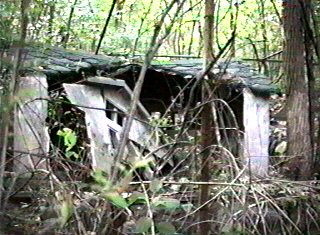 It would be great if the Yankees could depend on one or two of the rookies to fill the spot in the rotation, and maybe that’s how it’ll go. But what if Hughes/Aceves/Kennedy go down? We still need a body. Just not this body. 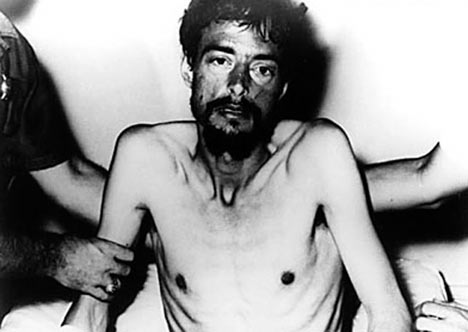 Was it always like this? Were pitchers fragile in the old days when I watched them as a kid? Am I simply “misremembering,” as Clemens would say? Or do today’s pitchers put more stress on their arms? I’d love to hear everybody’s opinion about this. My husband thinks it was the same then as it is now, and reminded me about Sandy Koufax, who left the game in his prime because of injury. My take is that it’s different now; that for some reason these guys get hurt younger and more often.
I’m beginning to wonder whatever happened to the robust, hearty, healthy athletes who once seemed indestructible.
It feels like this happened to them. 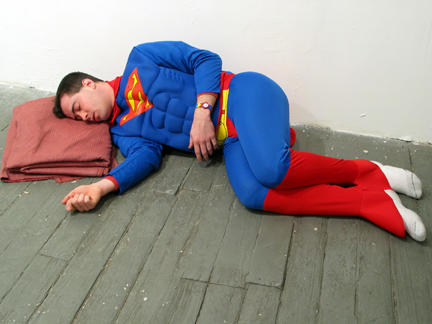