OMG! Jeter will be wearing another uniform when he faces the Yankees! 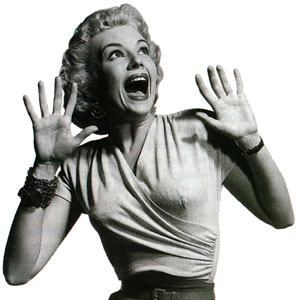 Honestly, I’ll live. I’m sure the game will be exciting and I’ll watch the tournament with interest. But tonight? I’m thinking about Angel Berroa.

It’s been six long years since he won the Rookie of the Year award with the Royals.

Who would have guessed the Yankees would invite him to spring training to compete for the utility infielder’s job – and that he’d hit a double and a homer in today’s game against the Astros?
Angel, you may remember, ran afoul with MLB in 2002 when he was embroiled in “Age-Gate,” the scandal involving several Latin American players who claimed to be younger than they really were.
Will he win a roster spot with the Yanks? Does it matter how old he is if he can hit the ball and field his position? Do I care if he has an AARP card or uses Botox or covers his gray like the guys in the Just For Men Haircolor commercial?

Another Yankee who was cagey about his age was this guy. 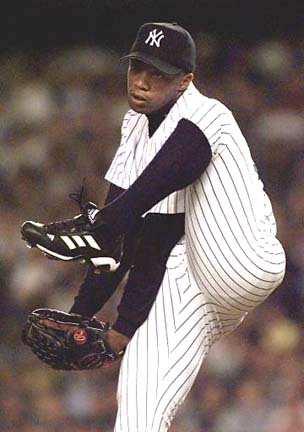 If a pitcher can contort his body into a pretzel like El Duque did and still manage to get batters out, he can be on my team any day.
Less amusing is the case of Esmailyn Gonzalez, the 19-year-old Dominican who scored a $1.4 million signing bonus from the Nationals in 2008. 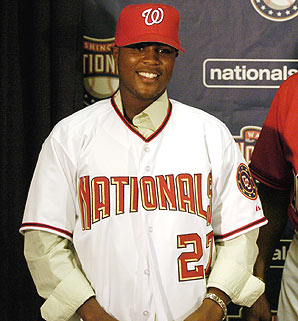 Esmailyn’s real name turned out to be the far less melodious Carlos Alvarez David Lugo, and he was 23, not 19. The Nats were conned; this kid wasn’t who he said he was.
Still, far be it from me to judge someone who’s trying to climb the corporate ladder by shaving a few years off the resume. It happens every day.
What will really blow my mind is when a female ballplayer from the Dominican comes over here insisting she’s a guy and gets a big contract.
I mean, could you swear this person is a man or a woman? I defy you.
Seriously. Ramon? Or Rosa? You decide. But I’m seeing a faint mustache.