I feared it would happen. I dreaded it. I thought it signaled total
desperation. But now that the former Cy Young winner has signed a minor
league deal with the Yankees I’m sort of who-cares about it. If he
pitches well, he could help us. If he doesn’t, he’ll be cut loose and
nobody will miss him. (I’m betting on the latter, but I’ll be thrilled
to be wrong.)

Cashman talks a lot about “catching lightning in a bottle” whenever
we bring in a guy with baggage. Dwight Gooden was lightning several
years ago. Kerry Wood was lightning last year. Lightning is possible.
But why, with only weeks to go until spring training, are we even having
this discussion? Shouldn’t we have cemented our rotation already? Like
with bona fide starters with proven track records? I’m just not getting
this off-season. It’s so….un-Yankee-like.

Now that I really think about the Colon signing, I’m actually
depressed by it. I was planning to post something fun from my archives
tonight as I count down to my moving day (I’m guessing it’ll be Friday
or Monday), but the Colon thing was on my mind. I hate to be a Debbie
Downer but I kind of am right now. Sorry. I mean, Bartolo Colon?
Seriously?

The Yankees have a lot of celebrity fans, but Denzel Washington is no bandwagon guy. He doesn’t show up at the Stadium just because he has a movie to plug. He doesn’t pretend to hang out with Jeter or A-Rod. And he doesn’t ride parade floats acting like he’s a member of the team. (Hello? Jay-Z?) He’s a fan, pure and simple, and I love him for it. I also love him because he’s gifted, not to mention gorgeous. He won the Best Actor Oscar for “Training Day,” but he also deserved it for playing Malcolm X and Hurricane Carter.

I was very excited when I turned on “Leno” last night and saw him promoting his new film, which sounds like a turkey but I’ll probably see it anyway. I was waiting for him to set up the clip for the movie when Jay said, “So you’re a big Yankee fan, right?”
For some reason I screamed at the word “Yankee.” My husband came running into the room and said, “Who died?” I said, “No one. Denzel is about to talk about being a Yankee fan.”
The next thing I knew, Jay showed a picture of Denzel in his Yankees cap and…..onto the stage came CC, who made Denzel look like a toothpick! I flipped out when I saw this.
http://www.hulu.com/embed/WfqUcuaI0KHq1nrSgT30zQ
It took me awhile to recover. I mean, it’s the off-season and there’s not much going on. Any sighting of a Yankee makes my day, my week, my month. But Denzel’s appearance on the show reminded me that several years ago he acquired the rights to Dwight Gooden’s story and intended to star in a biopic about the pitcher.

(You go, Bernie!) The project went the route of most Hollywood movies-to-be, which is nowhere. But can you imagine how perfect Denzel would have been in the role? It would have brought him another Oscar for sure.

No, I’m not implying that the Red Sox need a good cleaning. I’m simply celebrating the fact that our highly touted prospect, Austin Jackson, smacked a grand slam in the Yankees’ 7-1 victory tonight. It was great to see Ajax deliver after all the hype, and I have a feeling he won’t be toiling away in Trenton (or Scranton) for long.

But if he makes it to the bigs as the Yankees’ center fielder of the future, what happens to Brett Gardner?

Brett tripled and scored, and his speed is drawing comparisons to one of these. 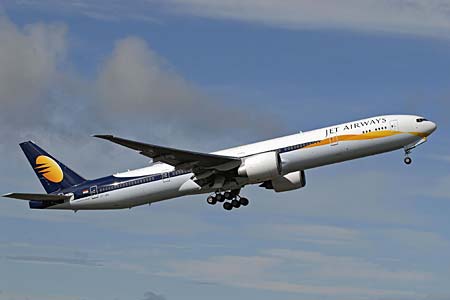 AJ Burnett was very effective until the sixth, and Mo was his usual brilliant self. But what’s up with Marte?

Whenever he comes into a game these days, I start to get the shakes – just like I used to with this guy.

As for An-hell Berroa, he’s hitting as if it’s his 2003 Rookie of the Year season. Could the Yankees have hired someone from NASA to build a secret Way Back Machine?

The win was nice, but the truth is I found what came after the game to be much more riveting: the MLB Network’s interview with Dwight Gooden.

Doc looked great compared to the above mug shot in which he scarily resembled Ike Turner, and he seemed comfortable covering everything from his no-hitter as a Yankee on the day his father had open-heart surgery to his time in jail with the son he always hoped would play baseball with him. But did anyone else have trouble understanding him? I’ve never heard a person talk so fast, and there were a few minutes during the interview when I wondered if he was high. I hope not, obviously. What a pitcher he was.
On a lighter note, I was glad to have Jeter back. It’s been reported that he’s building a 30,000 square foot house on a private island off of Tampa. Since 30,000 square feet is large, even by a professional athlete’s standards, I’m wondering if he’s planning to take in boarders.
His family members, maybe?

His new friends from Team USA and their family members?

The Octomom and her family members?

I guess I’ll have to wait and see.