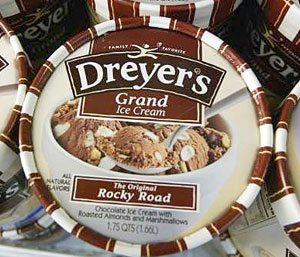 I wish I meant the ice cream. What a putrid trip to Detroit. Except for the outing by Hughes and Vazquez’s improved performance, what’s a Yankee fan to talk about? The boys looked flat and tired and just-plain eager to get home and sleep in their own beds. 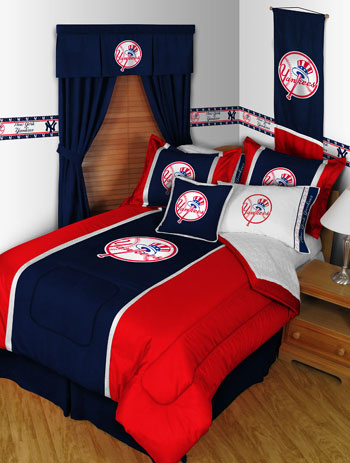 CC labored today and the bottom of the order was overmatched (I actually laughed watching Golson’s knees buckle on those swings and misses at Verlander’s curve balls). And I won’t be sorry not to see Miguel Cabrera for awhile. Total Yankee Killer. 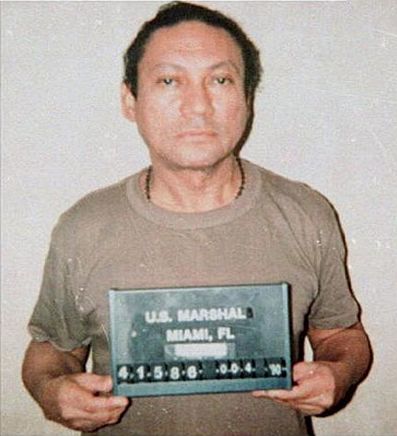 Bad trip aside, here’s the truth of the matter – the Yanks continued to win series for over a month, even with all the injuries piling up, and the party had to end sometime. 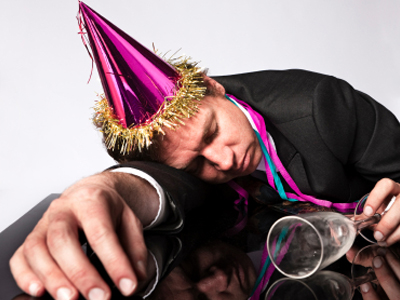 So let’s look on the bright side. Mo is fine now. Posada’s back. Swisher’s injury doesn’t sound serious. Chan Ho is getting ready to return to the team. Gardner and Cervelli have been revelations. Joba is where he belongs in the pen. Tex is coming around. And, of course, Cano is off to his best start in, like, ever. What I really, really want is for Granderson and Aceves to get healthy. Nick Johnson too, although I haven’t heard a word about him since he left the Yanks in Boston. Is he still breathing? Anyone? 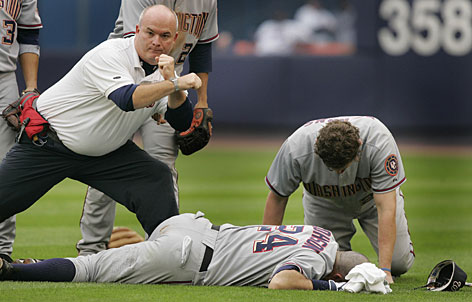 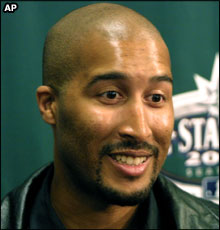 Winn may look a little like Bernie Williams but he sure doesn’t hit like him. I was hoping he’d step up when Granderson went down and make something of his opportunity. Not so far and definitely not tonight.
Reason #2:

“Boone Logan” is a cool name for a pitcher, but that’s not enough. Sometimes you actually have to get hitters out.
Reason #3: 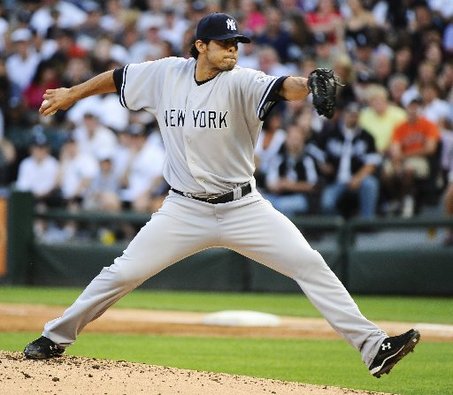 Mitre wasn’t bad, and I’d be fine with him making another spot start if necessary, but when he served up that solo shot to Damon I felt sick.
Reason #4: 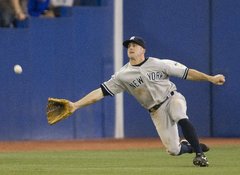 A-Rod made a throwing error and Gardner lost a ball in center, and the defense looked flat in general – well, except for a terrific play by Cano and some nice picks by Tex.
Reason #5: 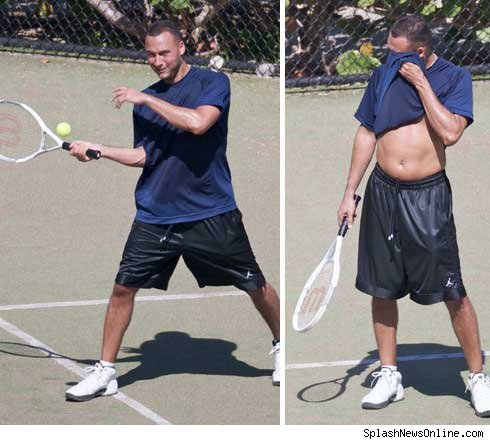 Jeter’s in a slump. He looks uncomfortable when he swings…and misses.
Reason #6: 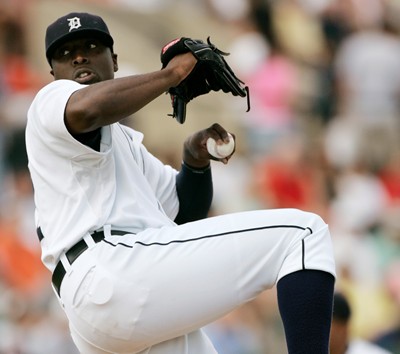 Dontrelle was scratched at the last minute, so the Yankees had to face an Aussie with no discernible talent or experience. They don’t do well against pitchers like that.
Reason #7: 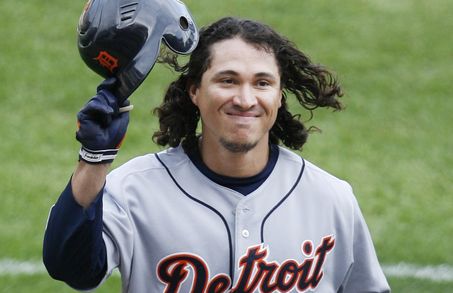 Ordonez cut his hair. Now that it’s short, he has less weight to carry around. He made a web gem-y diving catch in right field.
Reason #8: 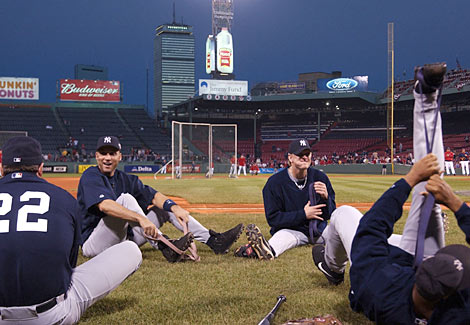 The Yankees always lay down after they finish up a series against the Red Sox. The poor things were just spent.
Reason #9: 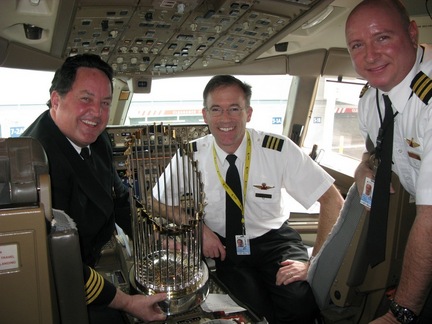 The Bombers’ plane got into Detroit really late after the Boston game Sunday night, plus their pilots were too busy fondling the championship trophy to avoid turbulence.
Reason #10:

When Valverde came in to close, with the Yankees only down a run, they were forced to watch him jump around on the mound and couldn’t stop laughing. I know I couldn’t. We’re not talking about a guy who pumps his fist at the end of an inning. This character puts on a show after every pitch. And apparently, it’s been going on awhile. 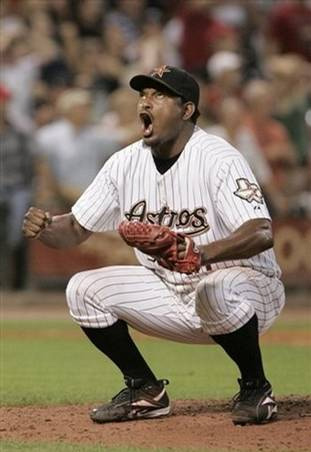 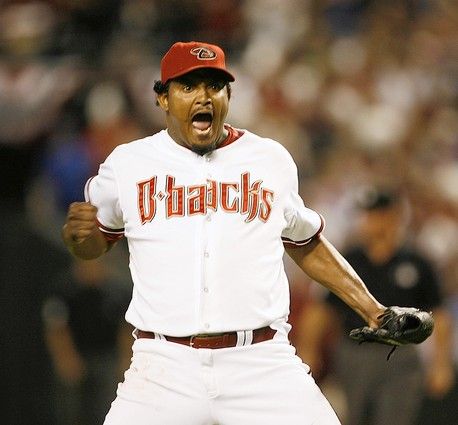 Well? Wouldn’t you be a little distracted by the Little Richard routine? 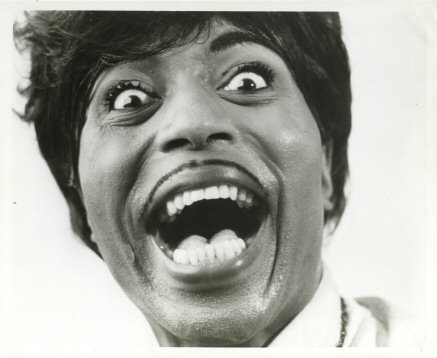 If you liked Clint Eastwood as “Dirty Harry”…. 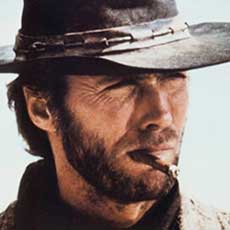 you’ll love him as Walt Kowalski. 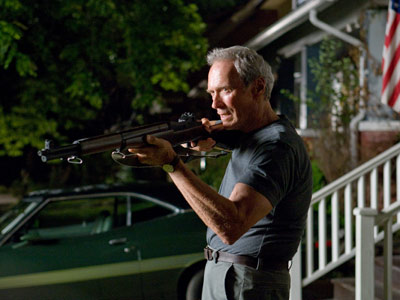 Eastwood may be 78 years old, but in “Gran Torino,” my last screening before the Santa Barbara Film Festival kicks off on January 22nd, he’s every bit as menacing when he says, “Get off my lawn,” as he was years ago when he said, “Make my day.”
He plays a retired auto worker and Korean war vet, who’s enraged by the changing ethnicity of his Detroit neighborhood. An equal opportunity bigot, he rages at everyone but especially at the Hmong immigrants who live next door. 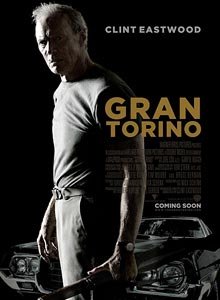 I admit I’m a fan of nearly every movie Eastwood has directed and/or starred in – “Mystic River,” “Unforgiven,” “Million Dollar Baby,” to name a few – but “Gran Torino” took me completely by surprise. How it manages to be both very funny and extremely poignant is a miracle. I laughed out loud so many times, even as I shed some tears at the end. No special effects. No car chases. Just a simply told tale of a man trying to adjust to life in post-war America. I’m putting “Gran Torino” near the top of my list for 2008.
But don’t take my word for it. Go see the movie when it opens nationwide on January 9th.
Here’s the trailer.

I was thinking today, as I watched the Yanks go down yet again to a team they needed to beat, where are the rallies? Do the 2008 Yankees even know what a rally is? A solo homer is great if you’re talking about an Aaron Boone/Bucky Dent type fluke. But the teams that succeed in the 21st century are the ones that kill you with singles, not to mention pitching and defense and speed on the bases. I really hope Cashman – or whoever will be the GM next year if he isn’t – will take a look at baseball’s new reality. Gone are the days of the one-dimensional, big bopper home run hitters. Today’s success stories (can you spell RAYS?) have scrappy, speedy grinders, who mesh perfectly with the one or two guys with power. For the Yankees it’s been the same tired theme all season long: if we don’t hit a homer we don’t score/win.

And now, having lost the series to the Jays, we head to Detroit for a game between two teams that were supposed to contend (remember how everybody predicted the Tigers would win it all when they got Cabrera, Renteria and Willis?) but are, instead, nobody’s idea of a champion.
All I know is it can’t be a fun atmosphere on that charter flight this afternoon. The Red Sox lost and are clearly vulnerable down the stretch, and yet the Yankees can’t do a damn thing about it.