On the eve of the Yankees’ opening game of the series against the Washington Nationals, here’s an exclusive She-Fan scouting report on the Nats, which are not to be confused with the Gnats. 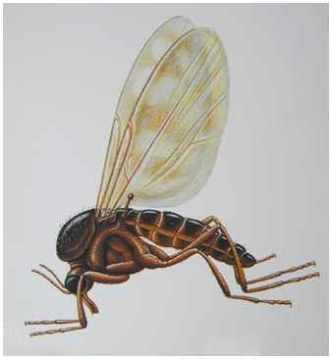 I have no clue which of the following players will actually be in the lineup, but I am not treating this series cavalierly. So what if the Nats are in the NL cellar? Any team can beat any other team on any given day. Yes, that’s a lot of “any’s,” but you know what I mean.
* Willie Harris (3B/LF)

A versatile player who had tours of duty with the White Sox, Red Sox, O’s and Braves, he is known to do back flips on the field, in the manner of Ozzie Smith. Tip to Yankees: Do not try to imitate him or you’ll end up on the DL.
* Nick Johnson (1B)

I always liked Nick when he was with the Yankees, but he couldn’t stay healthy. In ’06 alone, he fractured his right femur and injured his right tendon sheath (whatever that is). He’s batting .315 this season and has grown some jowls. Tip to Yankees: Do not say anything snarky about Larry Bowa, who happens to be his uncle.
* Ryan Zimmerman (3B/DH)

Who could forget his 30-game hitting streak earlier this season? It was the only thing Nats fans had to cheer about. Tip to Yankees: Do not throw one down the middle to this guy.
* Adam Dunn (1B/LF)

He sort of looks like Mike Schmidt in this picture, doesn’t he? A former Red and Diamondback, he has 67 strikeouts this year. Tip to Yankees: Go ahead and throw one down the middle to this guy.
* Elijah Dukes (CF)

He went to the same Tampa high school as Gary Sheffield and Dwight Gooden, and was a Devil Ray before joining the Nats. According to his bio, he is “double jointed.” Does that explain his three trips to the DL last year? Tip to Yankees: Try to tie him up at the plate and maybe he’ll contort into a pretzel.
* Corey Patterson (CF/RF)

He was with the Cubs, O’s and Reds, but more importantly his father, Don, was a defensive back with the Detroit Lions and NY Giants. Tip to Yankees: If he comes in hard at second to break up a double play, let him.
* Alberto Gonzalez (SS)

Remember Gonzo? He was our Ramiro Pena of a few years ago – a good defensive utility infielder who only had one error while with the Yanks. Now he’s learned how to hit too, apparently, with a .319 average. Tip to Yankees: Don’t be so quick to get rid of players like him.
* Josh Bard (C)

He was an Indian,
a Red Sock and a Padre, but his biggest claim to fame was leading Cherry Creek (CO) High School to back-to-back state titles. Tip to Yankees: Don’t sweat it.
* Cristian Guzman (SS)

Uh-oh. He’s good. A Dominican switch-hitter, he was the first National to hit for the cycle and he’s batting .322. He used to be with the Twins and I think he hurt us back then. Tip to Yankees: Pretend he’s, like, Orlando Cabrera, or somebody else who always kills us.
* Anderson Hernandez (2B)

He doesn’t have any homers yet this season. Not one. That could change at the Jetstream Palace, of course, but I don’t see it. Among the accomplishments listed in his bio is the fact that he has five sisters. I have four sisters. Does that make me a good ballplayer? Tip to Yankees: Don’t walk him, hit him or balk him; it’s not necessary.
GO YANKS! And don’t forget to meet me at Stan’s Bar on Wednesday!