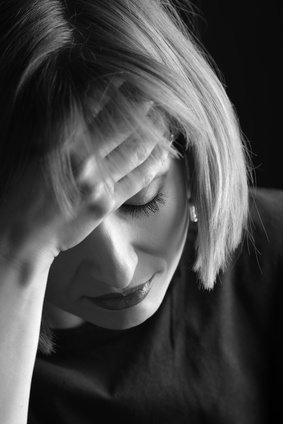 I know my job here is to try to cheer everybody up after a loss and I’ll do my best, but let’s be honest: tonight was a major league bummer. And the bummer-ness can be summed up with two photos. This one: 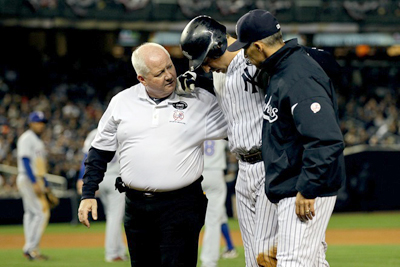 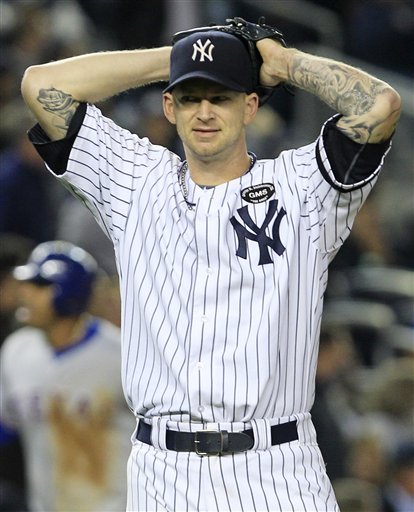 When I saw Tex grab his hammy in the fifth, I went numb. I think I even stopped breathing (sort of). You just never want to see an injury to one of your best players. Not anytime, but especially not when you’re fighting for a chance to get to the World Series. And while I haven’t heard the results of the MRI, I can’t imagine they’ll bring good news for him or the team.
Onto the photo of AJ after he gave up the homer to Molina in the sixth. How did things go so horribly wrong? The Good AJ had shown up after all, and I was so relieved to see him pitching well with the crowd cheering his every strike. But – and cover your eyes if you don’t like me second guessing our manager – I wouldn’t have let him go back out for the sixth. He hadn’t pitched in forever and five innings of two-run ball would have allowed him to feel somewhat vindicated, to have 50,000 people on his side and, most importantly, to notch the win. Instead, Grady Little Joe Girardi pushed it and the result was awful.
And speaking of awful, what happened to Boone Logan all of a sudden? (I won’t even get into Joba or Mitre.)
All this agony might have been avoided if the hitters had done their job. They kept letting the Rangers’ pitchers off the ropes, and it was frustrating to watch.
So we lost. And now it’s up to CC to save us tomorrow – and for me to end this post on some happy notes.
* The pizza wasn’t lucky but it was delicious.
* There was more thunder and lightning here but my power didn’t go out.
* A Red Sox fan called me bad names on Twitter and I took the high road by not calling him bad names back.
* Patrick Wilson, the actor who sang “God Bless America,” is very handsome. (I loved him in the movie “Little Children.”)
* There’s a very good chance we’ll win Game 5.
Good night.