When I saw this picture, I couldn’t help thinking of another character altogether. 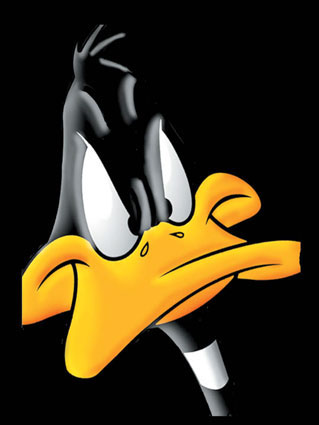 But the image that sticks in my mind is the one of him walking off the mound after Joe pulled him tonight.

But then I lit on the shot from the “It Is High” blog, and that did it. I started cracking up, and tonight’s miserable game became just a bad joke. Their caption is entitled…”A.J. Brunette.”

He’s cute, isn’t he?
OK, enough about the photos and onto AJ’s “performance.” He had nothing. I mean nothing. The Jays can hit the ball, no question, but did every pitch have to be right in their happy zone? What the hell is wrong with Burnett? Is it just a confidence thing at this point? Because I thought he and Dave Eiland had worked it out, talked it out, hugged it out, whatever it is they do, and yet the result has been awful. I get why he needs to stay in the rotation; he did pitch well in the playoffs last year and Ivan Nova isn’t ready for prime time. But his 2010 has been abysmal, and it’s hard to understand why. Yes, I know. The Rays lost. So what? This isn’t about other teams. It’s about the fact that we need starters. Now. When I saw that Roy Halladay clinched tonight for the Phillies, I turned green with envy. He was the one I wanted all along. People said, “Oh, we don’t need him. We already have an ace.” True, but what would have been the problem with having two aces?
I’d better stop now before I explode.