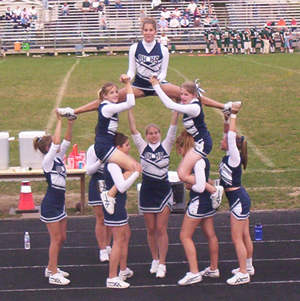 Yes, we ended up with a split. And there was nothing pretty or sweet about it. How many times have we watched CC disintegrate? Hardly ever, that’s how many times. And yet he looked vulnerable through the fifth inning and positively horrendous in the sixth – like a great big parade float that was punctured and fell to the ground.

Still, I give him a pass. He’s been terrific, so he’s entitled to a bad game even if it did cost him the Cy Young award. And David Price is a really, really good pitcher. Still, how to explain the Yankees inability to score with the bases loaded – more than once? That was more troubling to me, as was Joba’s ineffectiveness and the fact that Vazquez couldn’t find home plate if he had a shovel.

Did he hit three batters in a row or did I dream it? Never mind. I know the answer. If he had plans for the postseason, he can probably forget about them and schedule a nice, long vacation for himself. Will the Yankees win the division now that they’re basically tied with the Rays again? Tampa has some comfy match ups, while we’re stuck with the Red Sox and Blue Jays. I have no idea what will happen from here on – none. Maybe I should consult the tarot card reader I spoke to last year, but I’ve been afraid to. What if she tells me something I don’t want to hear? Couldn’t handle it.
Changing the subject, did everybody see the ESPN Steinbrenner documentary directed by two-time Oscar winner Barbara Kopple? I missed its premiere on Tuesday night, but watched it after the game tonight. As some may remember, I flew to New York last year to be interviewed for the doc.

I met Barbara too, and it turned out we both grew up in Scarsdale loving the Yankees. 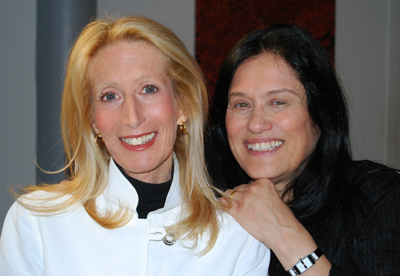 Here’s the bad news: I ended up on the cutting room floor of the doc. I found out a couple of weeks ago that I wasn’t in it and wasn’t surprised. Barbara shot a ton of film, interviewed hundreds of people and only had an hour of air time. The focus turned out to be the transition from the old Stadium and George’s running the team to the new Stadium and Hal’s ascendance, and I don’t think I said anything particularly interesting about any of that. I really enjoyed the film, especially the interview with Hal. Here’s a clip. It requires sitting through Pujols hawking Dove soap, but it’s worth a look.
http://espn.go.com/videohub/player/embed.swf
Getting back to the present, I’m nervous about the Red Sox series this weekend. Not because it’s the Red Sox but because we just need to win games right now. Need to win games. Right now. Please.