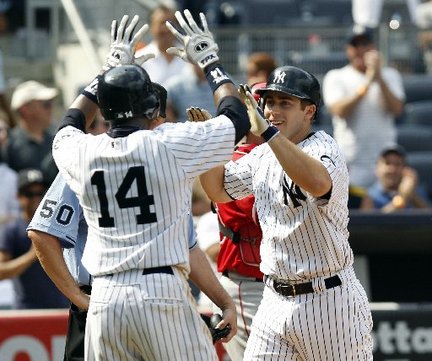 What a time to hit your first home run in the majors….You’re sitting on the bench, not planning to get in the game today against the Angels, when Brett Gardner is tossed by the home plate ump for arguing balls and strikes in the middle of his at bat. Suddenly, you’re a pinch hitter. You walk to the plate, with two base runners aboard, and BAM! You smack one into the seats off Scot Shields, putting the Yanks up 10-6 and sealing the win and a series split. It doesn’t get much better than that.

I loved the offense in general in this one. Jeter, Swisher, Tex, Cano and Miranda really stepped up, which was nice for Vazquez, since he doesn’t usually get much run support. And congrats to him for becoming one of only three active pitchers who’ve beaten all 30 teams.

I do wish my stomach didn’t get tied up in knots when I see Joba coming in. He gave up a run and just isn’t lights out. Is not. It wasn’t a terrible outing for him, obviously, but as someone said on Twitter during the game, “He gives me the heebie jeebies.” I don’t want heebie jeebies.
Update: Just read that former Yankees manager Ralph Houk died. I’m actually old enough to remember when he managed the Bombers in the ’60s after taking over for Casey Stengel. RIP, Ralph. 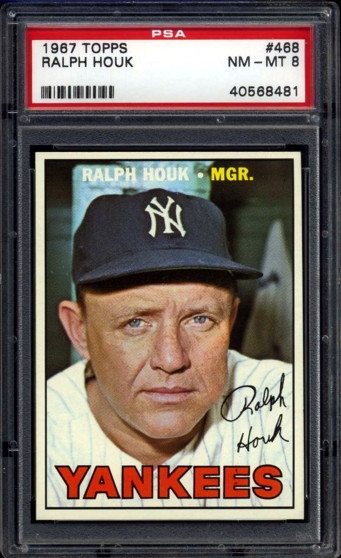