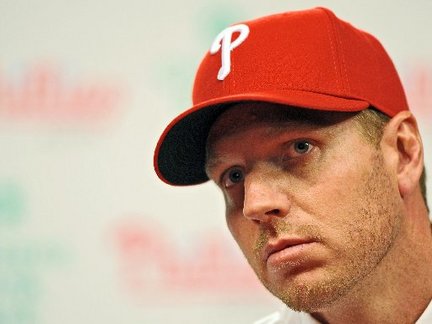 I was just glad the Yankees were the lucky recipients. After Gardner’s triple, I thought, Wow. Maybe Roy won’t be “on” tonight. Then came the blasts from Grandy and Swisher and even Ramiro Pena hit a ball that looked like it might go out. By the way, whoever said Pena resembles a young Ray Romano nailed it.

OK, so they’re not that identical. Never mind.
Getting back to the game, everybody figured it would be a classic pitcher’s duel and it wasn’t. It was only a matter of time before Roy was out of there, and CC had a rough couple of innings before settling down and throwing a five-hitter. Tex’s homer was sweet, but it was Cervelli’s single that shut the door on the Phillies. 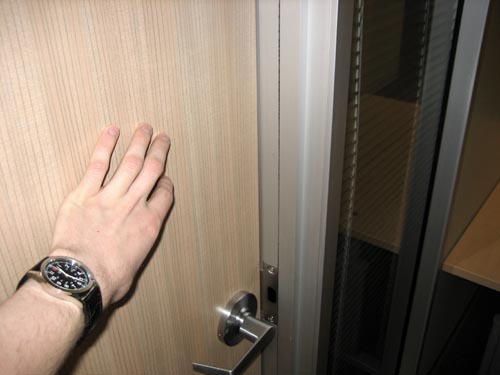 Plus it was great to see Chan Ho doing well against his former comrades, and Dave Robertson isn’t scaring me as much as he was earlier in the season. But, naturally, with the win came news of yet another injury. 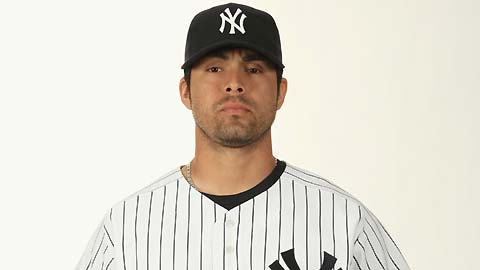 You strained an oblique during batting practice, Sergio? Really? Do you not realize that we’re already without Aceves, our best long man? Seriously, thanks a lot for leaving us with Gaudin for that role now. Shivers.

I guess I just have to hope that A.J. will go at least seven tomorrow night. I also hope that both Paul O’Neill and Al Leiter will be back in the YES booth with Michael Kay. I still miss Coney, but O’Neill and Leiter were funny together.