* That’s what Girardi said about CC’s rather abysmal outing against the Braves today (5 runs over four-plus innings). The truth is CC hasn’t been good all spring. I’m glad he’s been working on his mechanics and getting himself in shape… 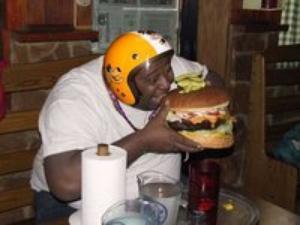 …but when does he actually start pitching well? The season starts in, like, FIVE DAYS.
“When the bell rings, CC will be ready,” the Yankees skipper told John Sterling during tonight’s radio broadcast.

Okay, so what Joe is saying is that CC will somehow be able to sweep away the cobwebs, pull himself together and turn himself into the guy who led the Yankees to a World Championship…by Sunday night. I certainly hope so. Maybe he does need the adrenaline that comes from pitching a game that counts, as opposed to a bunch of exhibitions. I guess we’ll find out.
I suppose I should weigh in (speaking of boxing analogies) on the Pat Venditte episode today. I’m all in favor of pitchers using whatever natural abilities they have to get hitters out, including the use of both arms.

If Venditte, the ambidextrous wonder, proves he can retire batters from both sides, then he’ll advance through the Yankees system and become more than a novelty act. That said, he made me wonder about other possible permutations of pitchers. Like could there be a guy who pitches with his eyes closed? 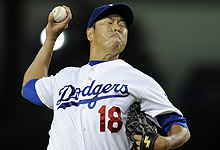 Doesn’t seem to be a problem for Hiroki Kuroda. How about a pitcher who literally turns his back to home plate?

Hideo Nomo did it. So did Luis Tiant before him. And how about an insanely high leg kick? I need to go all the way back to Juan Marichal for that.

What we’ve never seen is a pitcher who practically pokes his eye out with his kneecap when he winds up to throw the ball – and who has a dance named after him. Oh, wait. Yes we have.
I know. I posted this clip a few months ago. My apologies. I can never get enough of it.