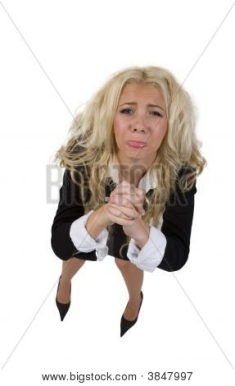 I had you all wrong tonight, Yankees. After the fireworks with Jorge and Carlson and the suspensions and contusions, I had expected you to come out swinging against the Blue Jays. 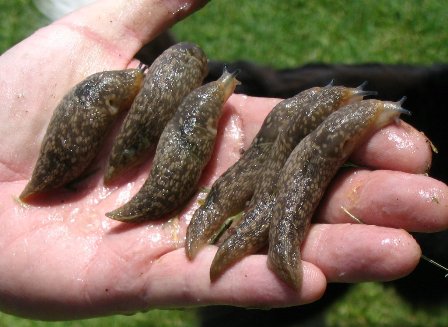 Seriously. You could only manage four hits against Tallet and a trio of Jays relievers, and Toronto was ahead 3-2 and then 4-2. I was restless and frustrated and – yes – bored.

I called you names. I accused you of mailing it in. I said you were coasting on your nice cushy lead and not playing with sufficient intensity. And worst of all, I kept watching the clock, as if the game couldn’t be finished soon enough.

Sure, I was impressed by Chad Gaudin’s performance. Three runs over five-plus innings with only one walk? Plenty good enough for a #5 starter. Marte and Coke did their jobs, too, although I can’t say the same for Bruney, who needs to be voted off the island.

The point is that I doubted you. I thought you’d blow the game, fly to Seattle and spend your off day feeling like losers.

But along came Huuuuuughes to keep the game at 4-2. And then Matsui stepped to the plate in the bottom of the inning with A-Rod aboard and – bam!

Tie score. I snapped back to attention, reminding myself that the 2009 Yankees had the most walkoff victories in the majors. Mo did his thing in the ninth and the question became: would you pull off yet another miracle? Could you? Was it possible? And if so, who would be the hero? The ending revealed itself soon enough.
Gardner singled, stole second, took third on Jeter’s grounder….and then scored on Cervelli’s hit.
You poured out of the dugout to congratulate Cisco. 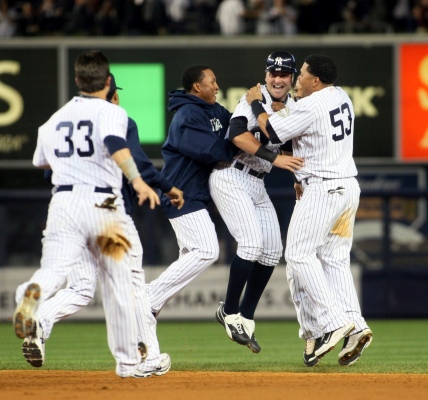 And before long, he was getting pie. 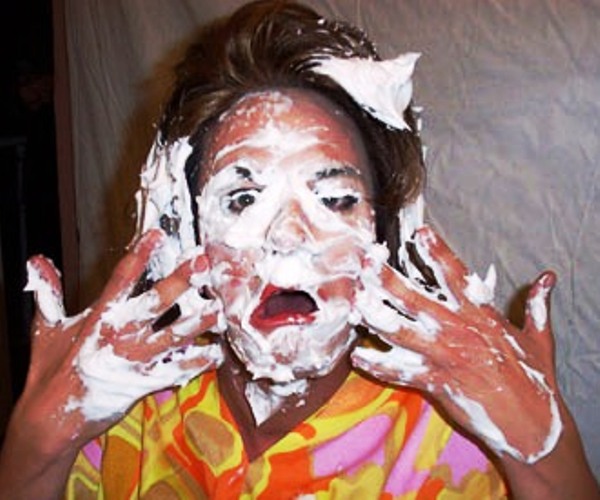 Or was I the one who deserved the pie in the face for not trusting your ability to come back? Yes. I have sinned against you, Yankees, and I hope you’ll forgive me. I will not make the same mistake again. Well, I’ll try not to.