Game 1 against the Jays resulted in a Yankees victory, thanks, in part, to Brett Tomko. Yes, Brett Tomko. He did not exhibit LaTroy Hawkins behavior after all and, instead, was positively Cy Young-ish. O.K., so he only pitched two innings. They were shutout innings, for God’s sake.
Jose Veras, on the other hand, was a wild man.

I know everybody’s just getting loose, but he served up a double, walked two, hit a batter and threw a wild pitch. Way to show us that good control, Jose!
What about offense? I could talk about Brett Gardner‘s solo shot in the first inning. I could talk about Nick Swisher‘s uncanny Giambi imitation, working a walk after being down 0-2. Or I could talk about A-Rod‘s two-run homer. Yeah, I’ll talk about that. 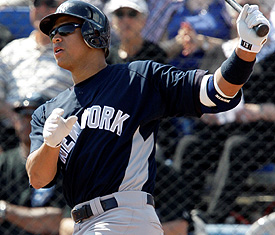 (Notice the Yankees’ new road uniform, captured in all its glory by the AP.)
No, not everyone in the crowd booed the Yankees third baseman. Some of the Dunedin residents stood up and cheered….during a break from Bingo. 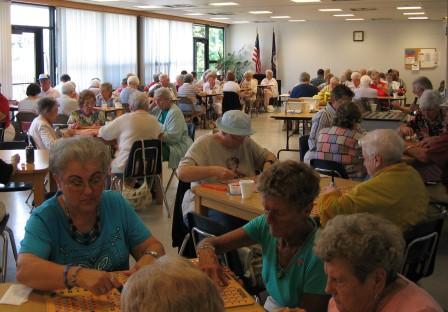 “I’ll let my bat do the talking from now on,” A-Rod told She-Fan in a private conversation between two people with hyphenated nicknames.
Moving to another topic entirely, I must share something that happened to me yesterday afternoon. It falls into the “Let this be a lesson to you” category.
I was working at the computer at 5:30 when the doorbell rang. I live way up in the hills of Santa Barbara. Hardly anyone rings the doorbell. Ever.
“Hi,” I said when I saw two teenaged boys standing outside.
The dark-haired one handed me a letter and said, “Your husband must have dropped this by the mailbox.”
“Thanks,” I said. “Very thoughtful of you.”
“Can we come in?” he said. “The neighbor next door told us you were a very nice lady and we’re selling children’s books for kids with cancer and autism.”
I’m not sure which got to me: the nice lady bit or the kids with cancer line. But I invited them into my kitchen, where they said they were UCLA students visiting a relative. They explained that they were trying to raise money for an internship in London by selling the paperback books. They showed me a pamphlet with a description of the books and asked if I would help the cause. They said the neighbor next store had bought five books.
They were like Girl Scouts selling cookies, except with tattoos. 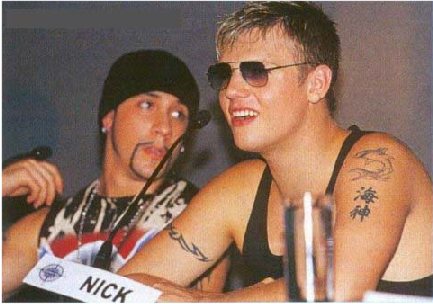 So what did I do? I wrote them a check.
A few minutes after they left, I called my next door neighbor to tell her that I, too, had bought five books for the sick kids.
“Well,” she said. “They told me you bought five, so I bought five.”
“Wait,” I said. “They told me they went to your house first.”
“They said they came to your house first. That’s why I let them in – because you’d already talked to them.”
That’s when it hit both of us: We’d just been conned. My neighbor is a brilliant filmmaker and I’ve written 14 books. We aren’t dopes – and yet we’d been duped.
Bottom line: We found out these guys were part of a gang trying to steal our identities and run through our money. Great!
After hours spent dealing with my bank today, closing out my checking account and opening a new one, all I can say is this: Use your head and don’t be like me.